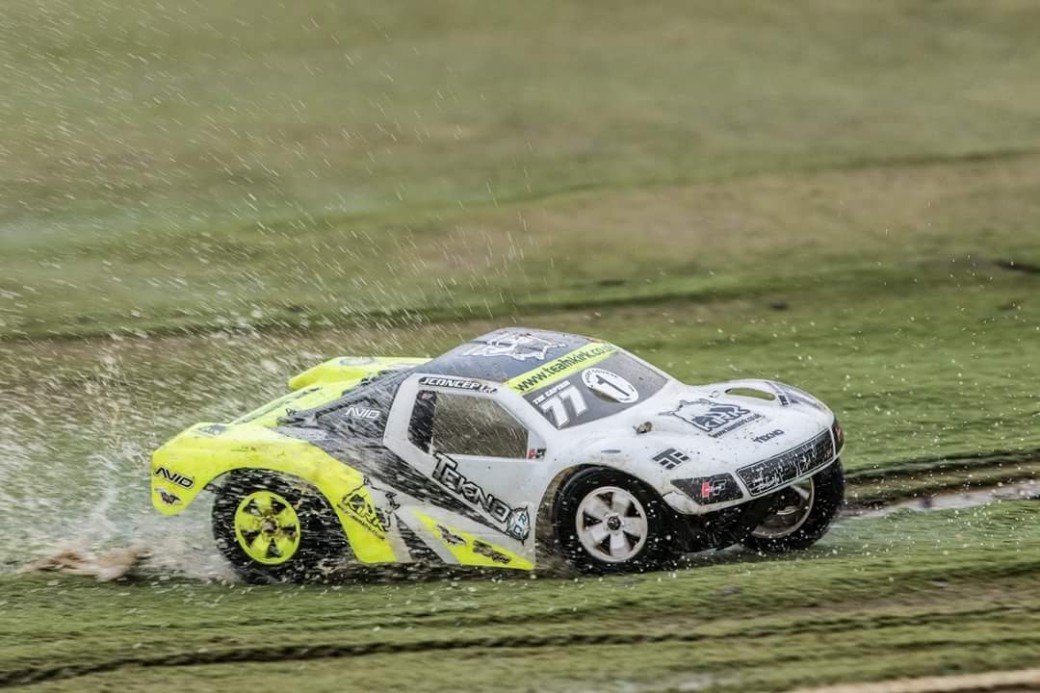 Since getting the news that Team Kirk secured a support deal with Race Pace RC we have not had a chance to do a great deal of racing. This is a very busy time of year with work so that has to take a priority over the hobby, thats not to say nothing has been happening though?

I got a little itch to get a rally car after seeing them at the ICEMAN series, they looked so scale and a lot of fun to drive, so I converted the old Tamiya TT01 into a rally car for the next round. It didnt go well, after not being able to steer straight It then lost a shock cap in a pipe excursion then just stopped dead on track.

ENTER “THE” Rally Car…….
After a bit of scouring on the interweb I came across the hobbyking Basher RZ4 1/10 Rally Racer which is essentially a touring car with long shocks on, I waited till the deals came up on Cyber Monday and bagged one for just £70 in ARTR form. I got it a few days later and all I had to do was put a lipo and a receiver in it and off I went. BUT COULD I STOP AT THAT, OH NO, separate post coming soon????

ICEMAN “hold the ice”
Rd4 of the Iceman series has been and gone, It went well, see the full post coming soon. Theres some video to edit too so that should be cool. One thing is for certain, there was NO ICE and its the wettest weather I have ever raced in?

STUNTMAN goes to 410.3 spec
Pete has got himself the SCT410.3 kit to build up ahead of the new season starting in a couple of months time, new shell, new paintjob, new electrics, new truck!!!! 2016 will be a good year for the Stuntman Im sure!

2016 Livery sorted
New paintjobs all round for the lads, I already did one for Karlos in an all new colour scheme, mine and Petes will be getting sent off to “DUDE” Mark Ashforth of UK SC NATS fame for some fresh war paint! Pics coming soon.