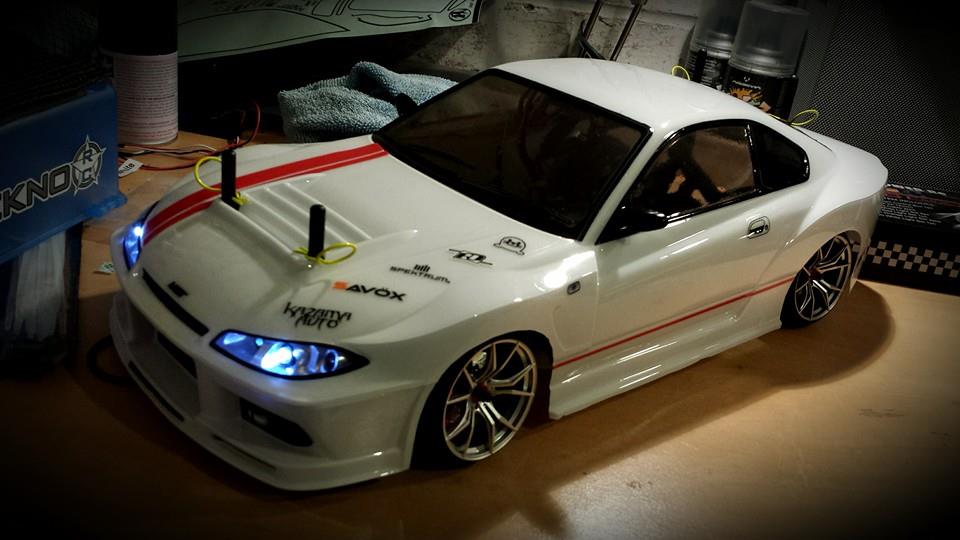 So the racing season is over, it takes just about all of my spare time throughout the year to prep, test and race the SC Nationals which naturally means I do not spend as much time as I would like to with my 2 boys Lewis and Max. So for the winter I decided to get a Drift Car to put some fun back into RC and also so that I can take the boys for some drift fun down at Soul RC in Northampton and give some time back to them. This all started because Lewis my 6yr old wanted to convert his Tamiya TT01 into a drift car and said that I should get one too, so I did, much like his Dad this was after watching some videos on YouTube LOL the very same thing which kicked off this RC addiction in the first place. 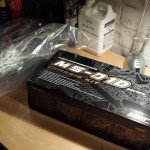 After a bit of “googling” I finally settled on the MST-01D S chassis kit as I already had all the electrics left over from the sale of my Schumacher Buggy. I had toyed with the idea of the Sakura D3 chassis but the reviews from first time drifters were mixed at best so opted for the MST which is more adjustable out of the box.

First impressions are very good, its a dedicated drift kit so differs quite a bit to most of the other 10th scale cars out there, for example it has a one way diff up the front which allows the front wheels to effectively coast or spin at ground speed when no throttle is applied so it makes the brakes act more like a handbrake which is very useful to drifters. Its belt driven with a spool type rear diff so when you hit the gas both ends are behaving the same as a locked diff does, but off throttle only the rear diff is locked thanks to the one diff up front. The build quality is solid and well made with good quality fixings all round.

I set about installing the electrics and getting it running, the steering on this thing is crazy, I had to back off the throw of the servo to 57% both ways to prevent the steering links pressing too hard against the standard lock stops on the rear side of the front wishbones. In fairness I think it could do with more steering angle so plan to get the optional front drive shafts to allow more steering whilst keeping the shafts inside the outdrives. I added some black grease to the drive shafts as instructed and had a play on the driveway.

It’s very different to every other type of RC car I have driven as these are designed to be driven using countersteer, so spent most of the time just doing doughnuts and spinning around. After about 5mins I managed to get it properly drifting across the drive, so it will be interesting to see what it’s like on a track with corners and obstacles etc 🙂 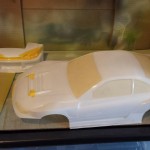 The thing that appealed to me about RC Drifting was the crazy real looking bodywork I had seen online. The S15 is always a firm favourite so started by getting the MST S15 D1 shell, I new I was going for a street look so just went with plain white paint for now. Painting was a simple process compared to the jobs I have done on the short course shells. I am planning on keeping stock street looking however realised after I painted it that its actually a race car spec shell so has an enormous body kit and as a result the paint job doesnt really do it justice. #RookieError!

The most awkward part of the painting and trimming was working out what part you cut off the front of the main shell as the front bumper is a separate piece (no instructions included), under the headlight covers there was a very faint cut line which I found out about after calling Mitto at Soul RC to ask the newbie question of “how do I do it” LOL. So you cut around this line back to the wheel arches on each side. The other thing to point out is you will need to mask off the light buckets on the front bumper if you want them a different colour. I masked off the whole bumper apart from the light bucket part and painted them silver then went over with the white, this way when the two pieces meet the silver light surrounds are behind the headlight covers which are part of the main shell section. All will become clear in the pics.

Next I sorted out a cheap LED light kit from GT POWER to put in the car, I cut all the holes in the light buckets to take the LEDs. The hardest part was working out which socket in the controller to plug each LED into as the instruction booklet wasn’t that helpful, what it said each socket would do is NOT what they did in practice. So after sorting that out I mounted all the LEDS and routed the wires then taped them all in and gave it a little test!! The downside to this is that to completely remove the body you have to disconnect one end of the leads which connect the Receiver to the LED light Control Unit.

I think the finished car looks great for my first stab at a proper scale looking drift shell, its not finished yet though, I am on the hunt for things to make a roll cage our of aswell as a nice fat drift style exhaust pipe!

I cannot wait to head down to the track for a taster of this immense underworld that is 1/10 RC Drifting!!