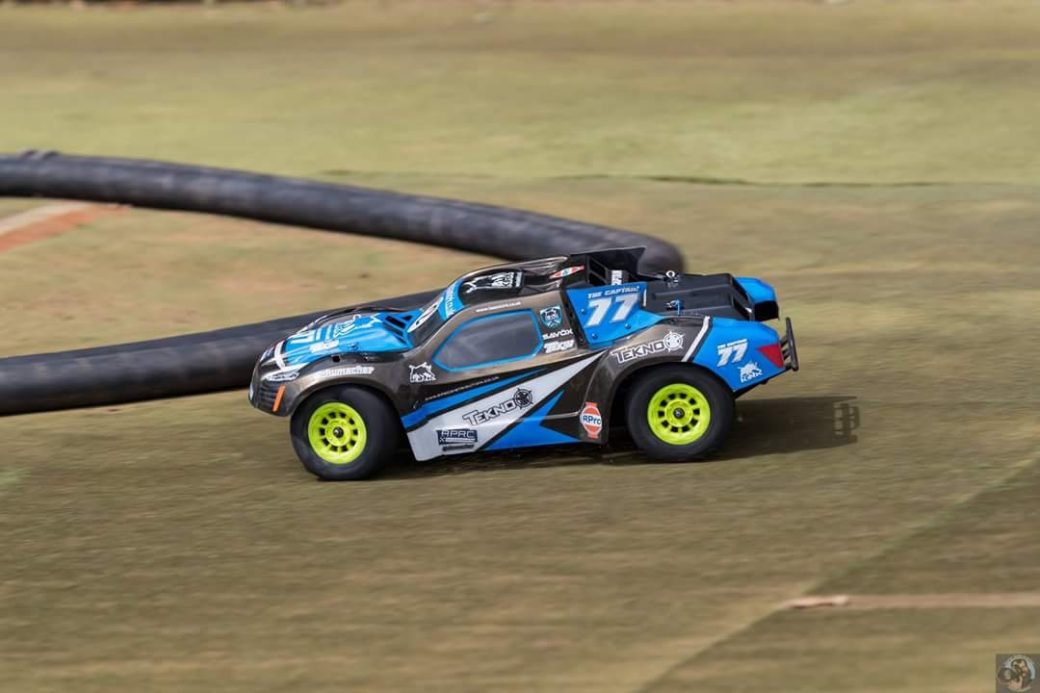 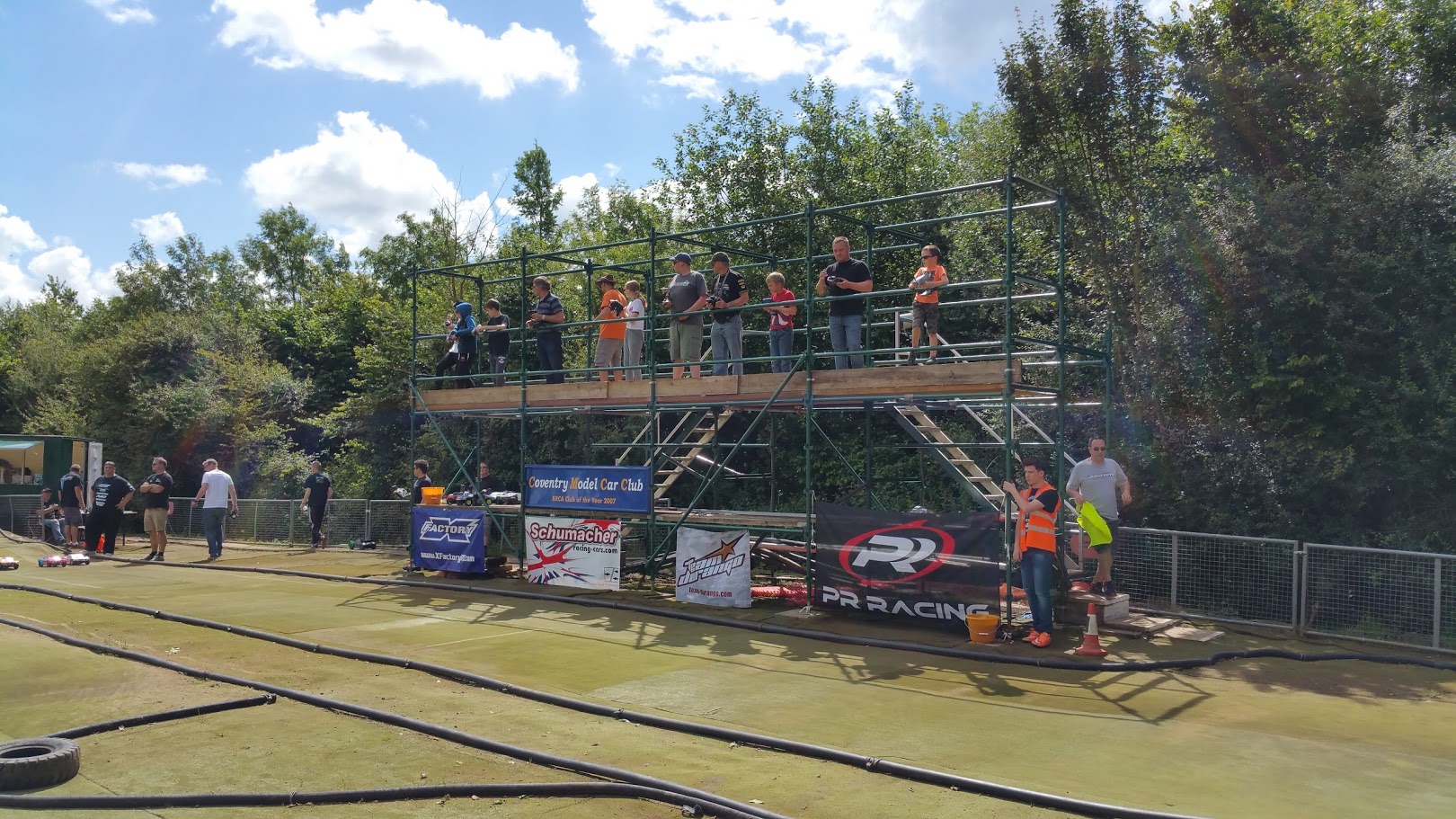 Coventry Club (CMCC) played host to RD4 of the UK Short Course Nationals at their brand new venue in Rugby Warwickshire, a good sized 1/10 Astroturf track which turned out to be super high grip in the Sunday sun come race day.

So as per the norm we head up Saturday for some social practice time on the track, the team quickly got the trucks dialled in. The captain was trying out the new bargain Orion VST 5t 550 motor for the day, it was a struggle to get used to the lack of low end grunt that the Tekin Pro4Hd has, and before he even got the power dialled in properly the motor started to fall apart, the end can undone itself, so as a safety precaution the Tekin went back in.

The track was nicely prepped and the layout was fast and flowing too, a couple of natural jump features and some man made jumps added to the fun. As a facility this place has great potential with the 8th scale track work still in the early stages but when finished its going to be mega!

Race day and we had no major breakdowns to speak of and no fiascos to talk about either, it went pretty much according to plan, Lewis Williamson was on fire again with super fast and consistent pace all day, Darren Boyle would eventually take 2nd in qualifying with Lewis 1st and the Captain narrowly stealing 3rd from Eddy Rowland. Karlos took 8th spot after some sketchy runs and Pete had an off day and ended up down in 18th place overall.

Come the finals it was all about keeping it clean, and getting the grip right in the truck, running my usual high grip setup pretty much all that was needed was the right tyres, having worn out 3 sets of the old worn ones beyond the point of working at all, I had some fresh trimmed mini-pins in the box. These would be completely useless by the 3rd leg of the finals, the pins on the centre of the tyres were as good as gone and provided almost no forward traction at all LOL.

In the end after some epic battling with Eddy and some brief moments at the sharp end I would come home in 3rd Place overall ending somewhat of a trophy drought since ARC Raceway? Another great weekend had by all. The Tekno SCT410.3 family were fully lit all weekend being ultra reliable as usual, thanks to RPRCdistribution and TeknoRC for their continued support in this great class! Watch this space for some driver related news soon.

Sorry about the short report, but I did do a video………………which is much more interesting anyway 🙂 Photo Gallery under the video.