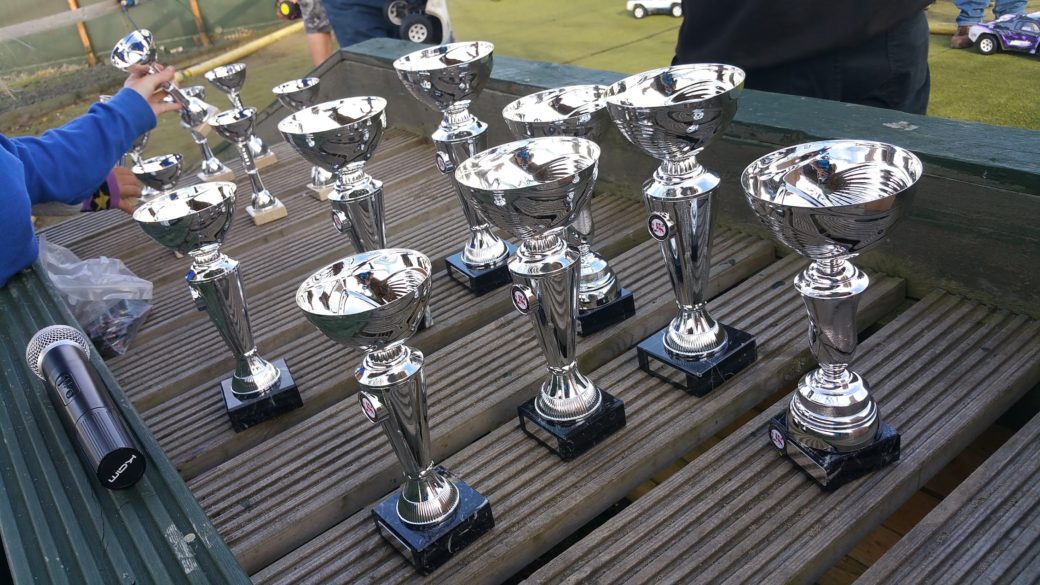 THE FINALE - WHAT A SEASON ! 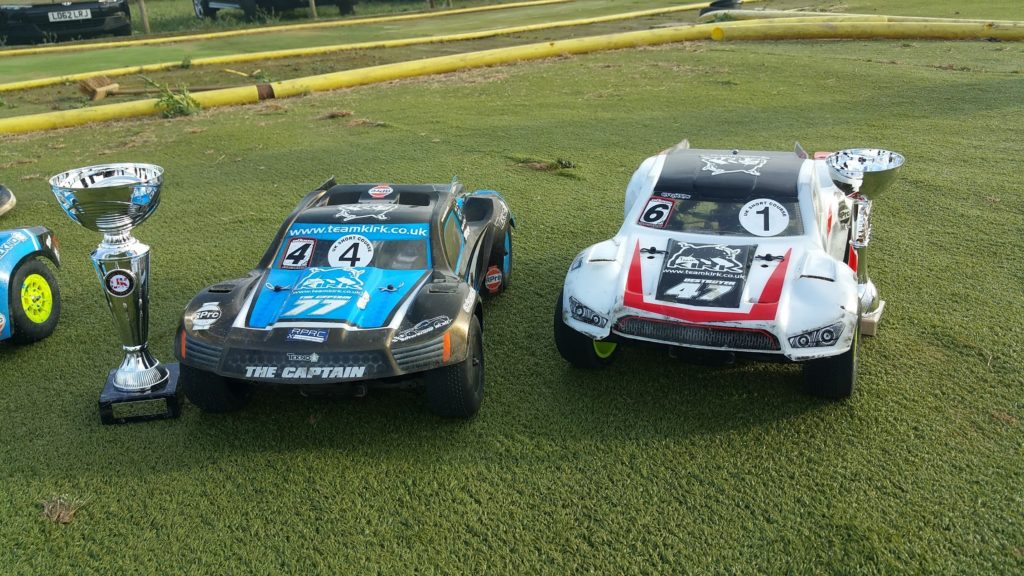 The final round of the series is normally held at the A1 Racing Club Venue near Grantham, and this season was no different. With the 4wd Champion already crowned in the previous round there were still places to be decided. The Captain was joint 2nd with the 2015 Champion Darren Boyle and a few places further down were yet to be wrapped up.

We headed up Friday night to make sure we were there early, a bit of a wasted effort as the weather was so bad on Saturday no one got any meaningful laps in. I done 6 laps and each time I went out the Orion motor (the friday afternoon job) had an issue. It was isolated eventually and sorted thanks to the motor mount screw thread in the can eating itself and backing the screw out which kept causing the motor to move and lose the gear mesh.

Before I go onto the results I just want to thank everyone that made this series possible, starting firstly with the UKSCN committee, Mark Ashforth, Paul Dickens, Chris Spendlove, Jimmy Noke and Ian Gardiner as without these guys it simply would not happen. Secondly a thank you to all the host clubs who done a great job getting their venues ready for the short course circus to race on. Thanks to all the team drivers, Peter Westley, Karlos Bradish, Eddy Rowland for keeping my head on a level when I start getting vocal 🙂

NOW for the most important "Thank you's", a huge THANK YOU to Matt Bridge and Dan Austin from Race Pace RC the UK Tekno Distributors for all there help, support and speedy service this season. Its a pleasure and a privilege to be able to promote RPRC and the TEKNO brand. THANK YOU to Robin and the team at Schumacher Racing for the support and efficient and dependable service in the supply of tyres and glue and many other parts which we use through the year.

LAST BUT BY NO MEANS LEAST - Thank you Clare, for being the most supportive and tolerant racing wife there is !

OK so now onto the racing, for me it was not a great weekend, I had spent all season honing and perfecting my dry high grip setup that I had no contingency plan for a wet race at A1? So through Qualifying I was fighting the car a lot and had to make changes in each round, ultimately this got me a 4th place finish after a last ditch effort in RD4 came good! Starting 2nd row of the grid meant all was not lost however small mistakes proved to be costly in the first leg meaning I got embroiled in a scrap in the midfield and lost touch of the front of the pack, that said It was a mega little battle with Dave Corah which resulted in both of us getting held up. Final leg I had a blinder of a get away off the line, taking 2 places before we got to the infield, following the superfast Karlos into the first proper left hander I caught some grip and rolled it. I spent a good few laps battling with Darren Boyle but the superior experience shows when defending a line and meant I just could not find a way past and we crossed the line bumper to bumper.

Finishing 4th overall on the day, not the result I had hoped for but it was a tricky day with the weather and considering the wrong setup and the dodgy motor in the car its not all bad.

Although I lost a place I still managed to get 3rd Overall for the season which is a great achievement for me! I will be back again in 2017 for another go no doubt about that!

MASSIVE CONGRATS TO KARLOS on taking the TQ and WIN this weekend, more on this on a separate article!

This round also saw the 1st all Tekno A-Final ! Awesome, that really is a Tekno Takeover! 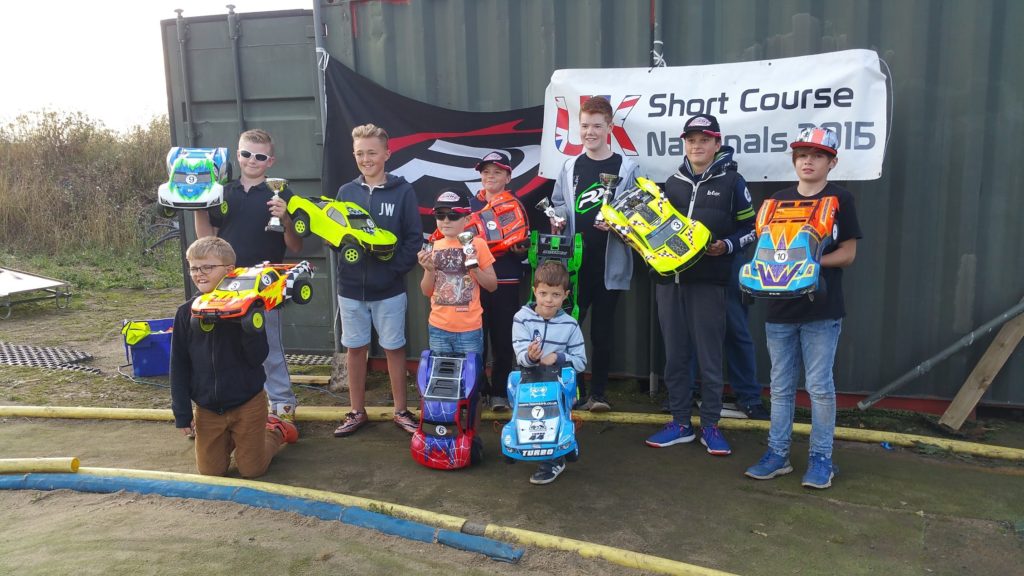 All in all this has been the best season yet, not just for results, but for the social side of this crazy hobby we call Toy Car Racing! The Get Together BBQ we had this Saturday was brilliant! Great food, great company and plenty of beer! We have had some simply awesome weekends away as a family and a team, Lewis has done his first season of racing and has loved every minute of it and improving all the time. Next year he will be racing in the 4wd class where his car belongs. The 2wd conversion works very well but only on the dry high grip surfaces, show it some rain and the lack of a slipper clutch turns into a POS to drive so the logical step is to return it to its former glory as a 4wd loony machine.

I also want to note how great it is that other drivers are now starting to involve more of their families in the weekends, this hobby does take up a lot of our time with all the research, tinkering etc so its great that the partners/wives/children of the racers all get to enjoy a nice weekend away socialising. I always said at the beginning that I would try and change the history of racing widows in the future. It appears to be happening sooner than I thought which is only a good thing.

At the start of the year after joining the UKSCN committee I had a plan to try and improve driver etiquette and general levels of "own driver actions" awareness, I was humbled this weekend when it was pointed out about how much this area of our sport has improved over the course of this season. The phrase (as cheesy as it is) #IFYOUHACKGIVEITBACK appears to be doing the trick for the most part, with many drivers now playing fair in moments of accidental collisions. The
introduction of Rostrum Referee's has also been a welcome improvement on previous seasons.

This series has been great for the young drivers also, with the number of junior drivers seemingly growing over the season I am sure we will see another strong junior entry in 2017, well done to the best Junior Winners, Daniel Gardiner in 2wd and Liam Bone in 4wd.