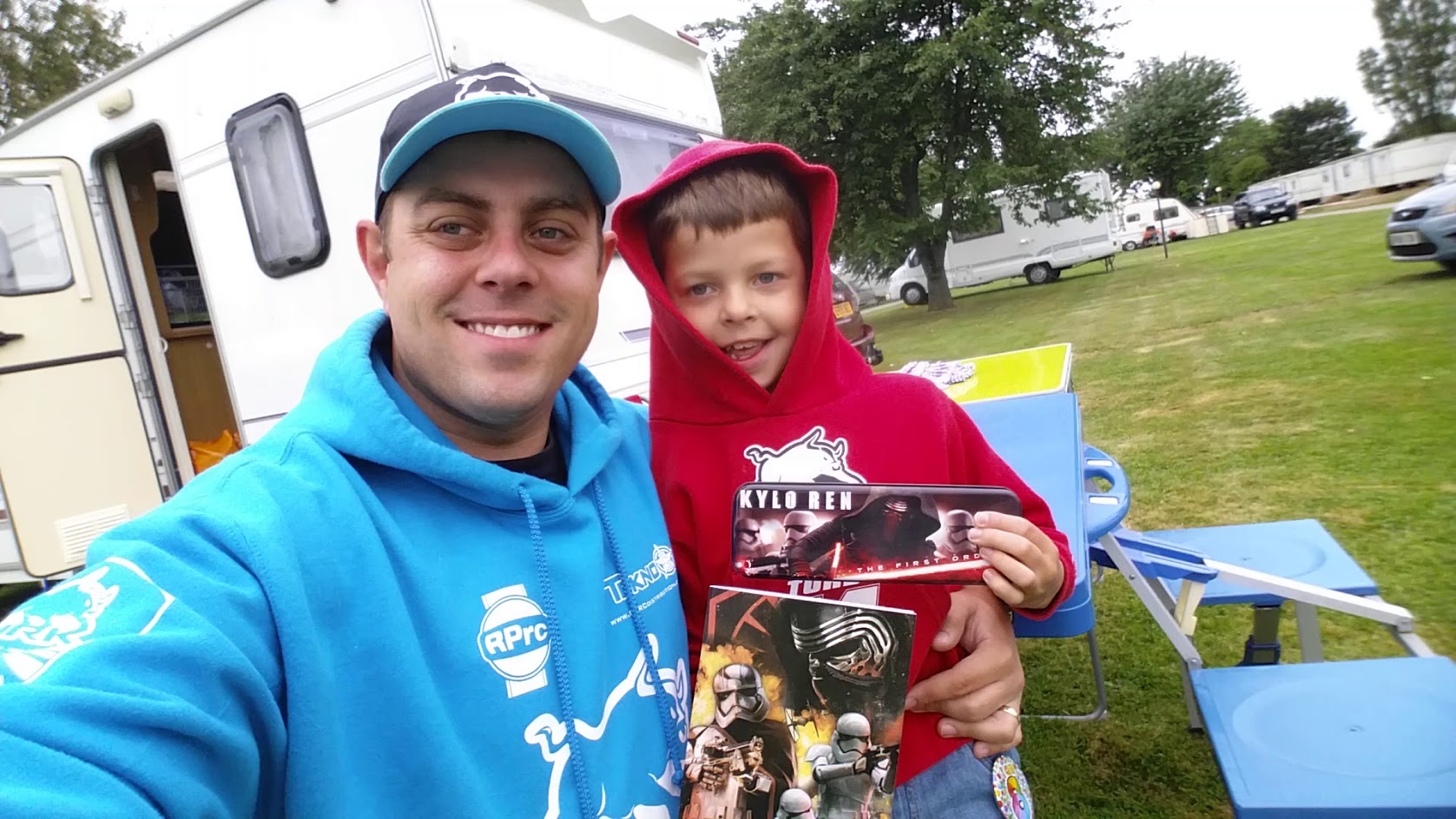 Rd 5 took us to the east coast of England to sunny Leverton nr Boston Lincolnshire, the Host club members have been part of the series for the last few seasons and make up a fair chunk of the 4wd entrants on their own.

Leverton started off as an on road track before adding some off road elements to entice more traffic, over time the interest in on road vanished and the Leverton club became a permanenet off road track running mainly 4wd Short Course! Awesome.

We headed up Saturday to get the caravan pitched up as there was no onsite camping this time round, by lunchtime we were setup in the hall and just hitting the track for the first few sighting laps. The track has the longest straight of the season so gearing was something to pay particular attention to. However in no time at all I had blown the rotor in my Tekin Pro4HD motor………….! I had checked the temps on the first runs and all was OK with a 17T pinion, then on the 3rd run it did not sound at all good on the straight, I let off the throttle and she just stopped dead on the track? On pulling the motor out the lamination around the magnets on the rotor had vanised and 2 of the 4 rotor magnets had started to just fall to pieces? Pete had the same issue with his Hobbywing 4700kv motor, so before we even saw 3 o’clock both of us had destroyed our main race motors………………….This was not looking good? 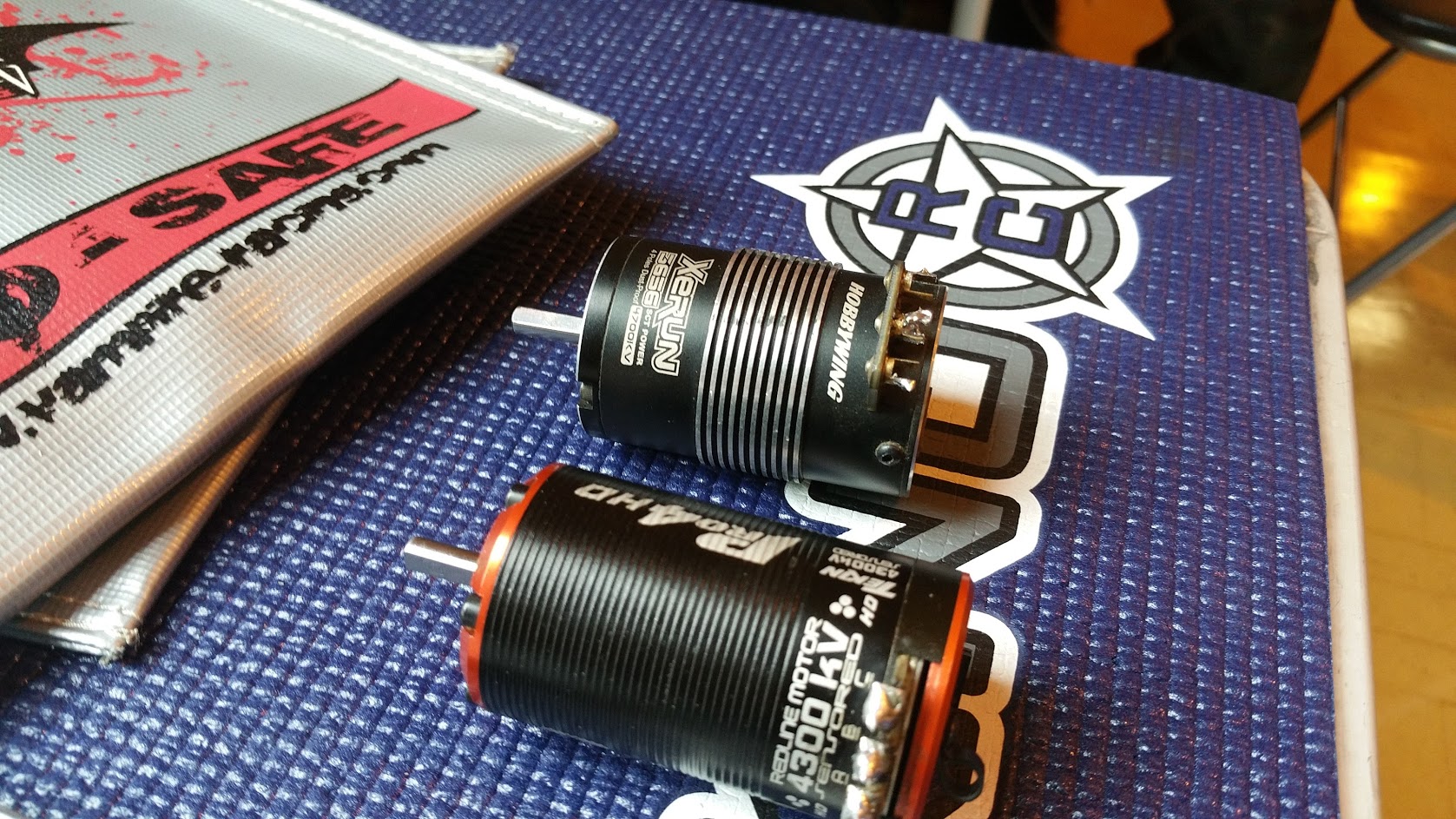 Fortunately we both keep a spare motor in the box, so we both switched to the backup motors, mine is an Orion 2pole 550 5T and Petes was a 4t 550 2pole TrackStar motor. Straight away we noticed a huge drop in torque and overall power, I had to changed the gearing drastically again and fiddle around with the RX8 ESC Settings to get this thing to dance on the track. Previously with the Tekin I had made some fast runs, but now it was all about damage limitation and just getting the truck to go quick enough to not just get nailed on the straight every lap.

Weather was perfect all weekend so for once did not play a big part in proceedings, I had my setup right about where I wanted it by the end of the practice day, compliant and smooth was what I wanted and pretty well how she ended up.

Saturday evening we had Chip shop chips for dinner, followed by many beers and lots of random stories, this really is what all this toy car racing is about, getting away from the stresses of daily life and enjoying some chill time with Family and Friends in random places around the country!

Sunday was our Lewis’s 8th Birthday so we were up early to open some presents, but he was super excited to be racing on his 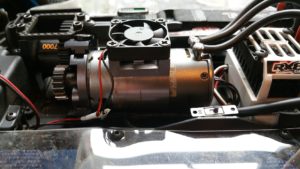 birthday and it showed as he performed the best he has since he started! I cant believe how fast they grow up, if you have kids enjoy this younger stage as the fun is really yet to start?

Not hoping for much after saturday’s motor switch I just focused on getting a decent run of consistent laps on the board. I acheived this just about with a couple of minor mistakes costing some time, however it made little difference in the fight for the lead as Lewis Williamson, Leverton’s Home Hero used the home advantage to great effect and just annihilated everyone finishing a whole lap ahead of the field.  RESULT: 2nd place

A few tweeks here and there to droop and ride height settings got the truck feeling planted, I tried both mini pin and mini spike tyres and found the pins the safest option allowing me to actually push the truck pretty hard, especially through the twisty sections. I finished 2nd again in all the remaining rounds of qualifying despite some timing anomaly missing a lap on the the last run and showing me 7th?

More epic racing ensued in the first round, there was a race long battle between me and Lewis Willamson with us both finding a 12lap pace to finish clear of the field. After that it was less exciting compared to previous rounds in as much as the finishing positions pretty well stayed in regulation order from the off in the top 3, the pace just seems to keep getting faster with the trucks setup and tyres all evolving as each round comes and goes.

The biggest news was that Pete, our resident Stuntman had smashed his way into his 1st ever National A Final !!!!!!!!!!!!!!!! After making some major changes to his approach to racing and completely re-vamping the setup on his Tekno SCT410.3 he was on it all day, fighting to the last spot in the A with Saul Hocking, Sue Rutherford and even at one point our very own Karlos the Destroyer!

with 7 straight 1st place finishes on his home turf he wrapped up the title with 1 round of the series still to go at A1 in September! Fair play that man, no one could catch him all weekend, I got close in the 1st leg of the finals and in doing so only the 2nd person to get 12 laps on the board; but boy oh boy he was fast! Congratulations Mate, great driving, consistent all season, many a battle had this year!