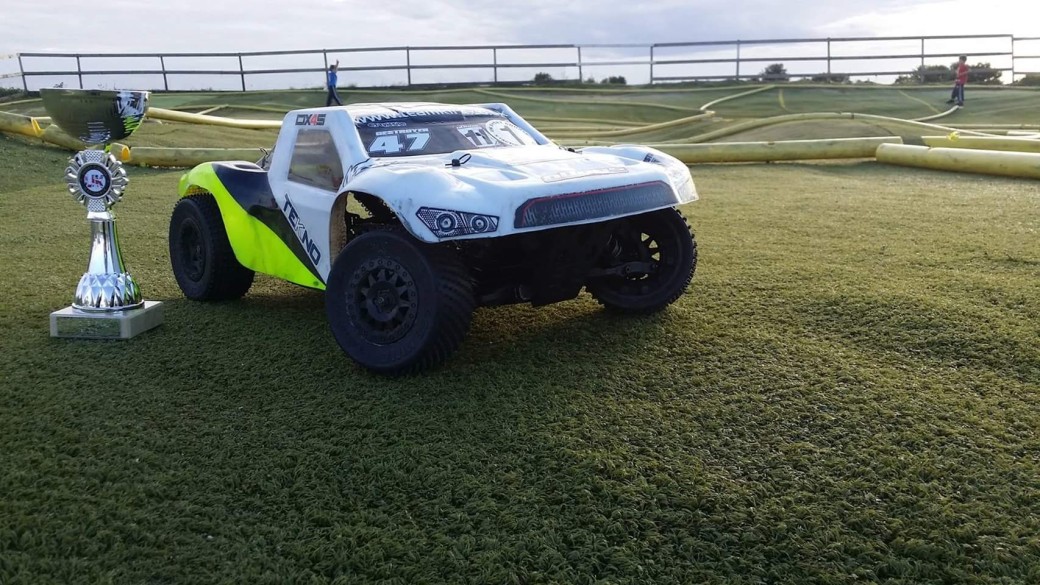 So after what felt like a massive gap since the last race we arrive at the home track of our very own Destroyer Karlos Bradish. Almost local at a mere 60 miles from home it didnt take long to arrive and get setup.

Saturday was spent doing a bit of tyre testing as memories from last year of the grip being a bit “iffy” in places was none too different this year, at least I thought. I tried out the Spikes and the mini pins and both worked but in different parts of the track. In the end I settled on mini Pins as they just felt more consistent and predictable on the fast flowing layout they had provided for us.

Sunday comes and the weather was fine and mostly sunny all day, the sun does play havoc with the grip as one minute its super grippy whilst the suns out but then as soon as a bit of cloud covers it the grip drops quite noticeably.

I felt like I was going to be quite fast and to be fair I was, lap times were very close across the top 8 4wd cars, however mistakes on a layout this fast can really affect your overall time. 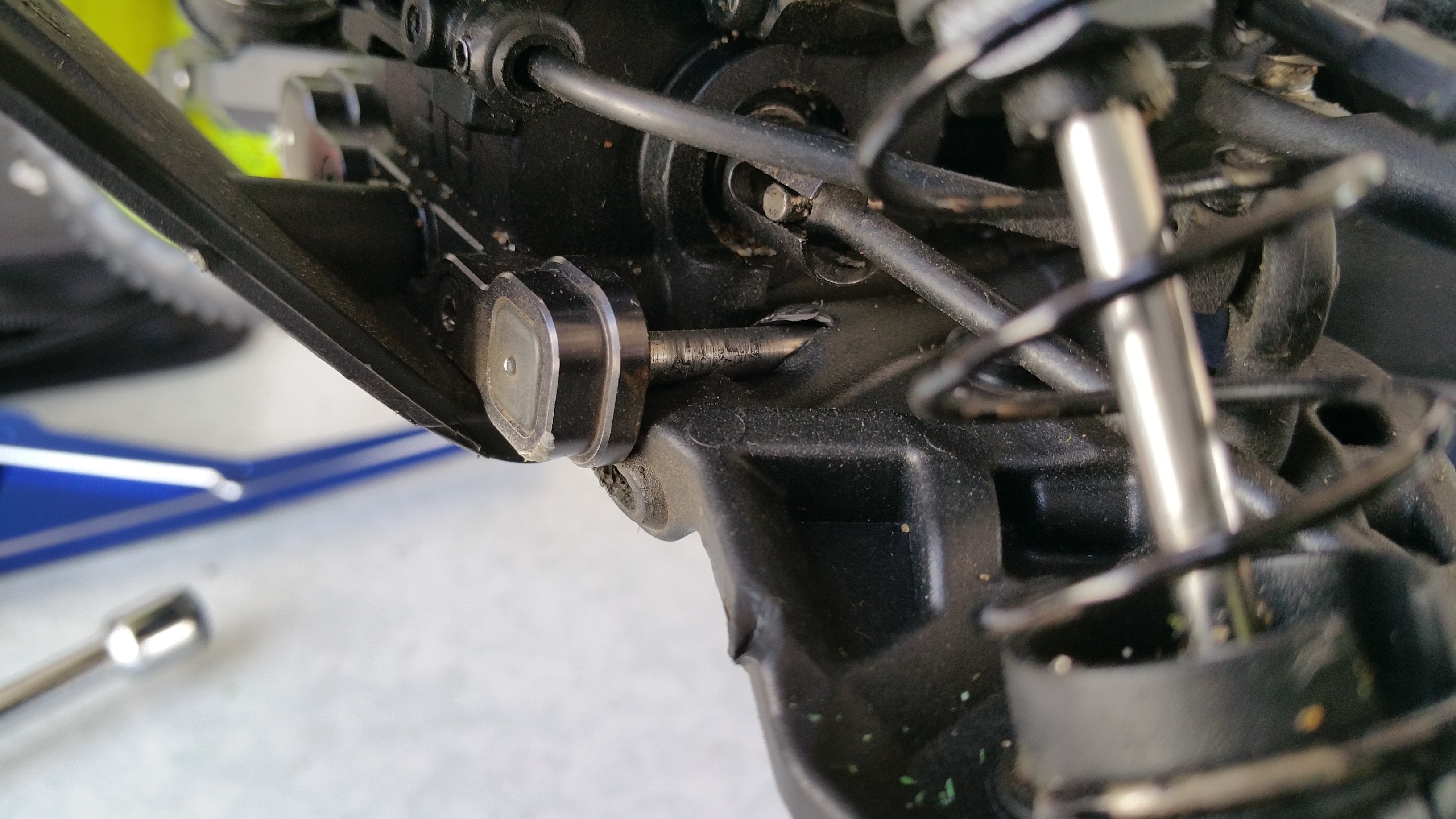 Today was not to be my day, I failed to finish the first 3 rounds of quali with a series of car component failures, a complete 1st for the mighty Tekno. I managed to go through 3 driveshaft CVD repair kits after the pins were falling out of the now worn stub axles, then I bent a driveshaft beyond repair and had to replace that. The failures didnt stop there, I done the 3rd round of qualifying and the car just didnt feel right at all, then it stopped on track as I steering one but not the other.

Back at the pits I found the steering servo had failed and seized up completely, added to that I had somehow managed to snap a front wishbone and bent the hingepin too, but did it stop there, oh no for good measure I had split the top cap on one of the front shocks so lost all the oil out of that. 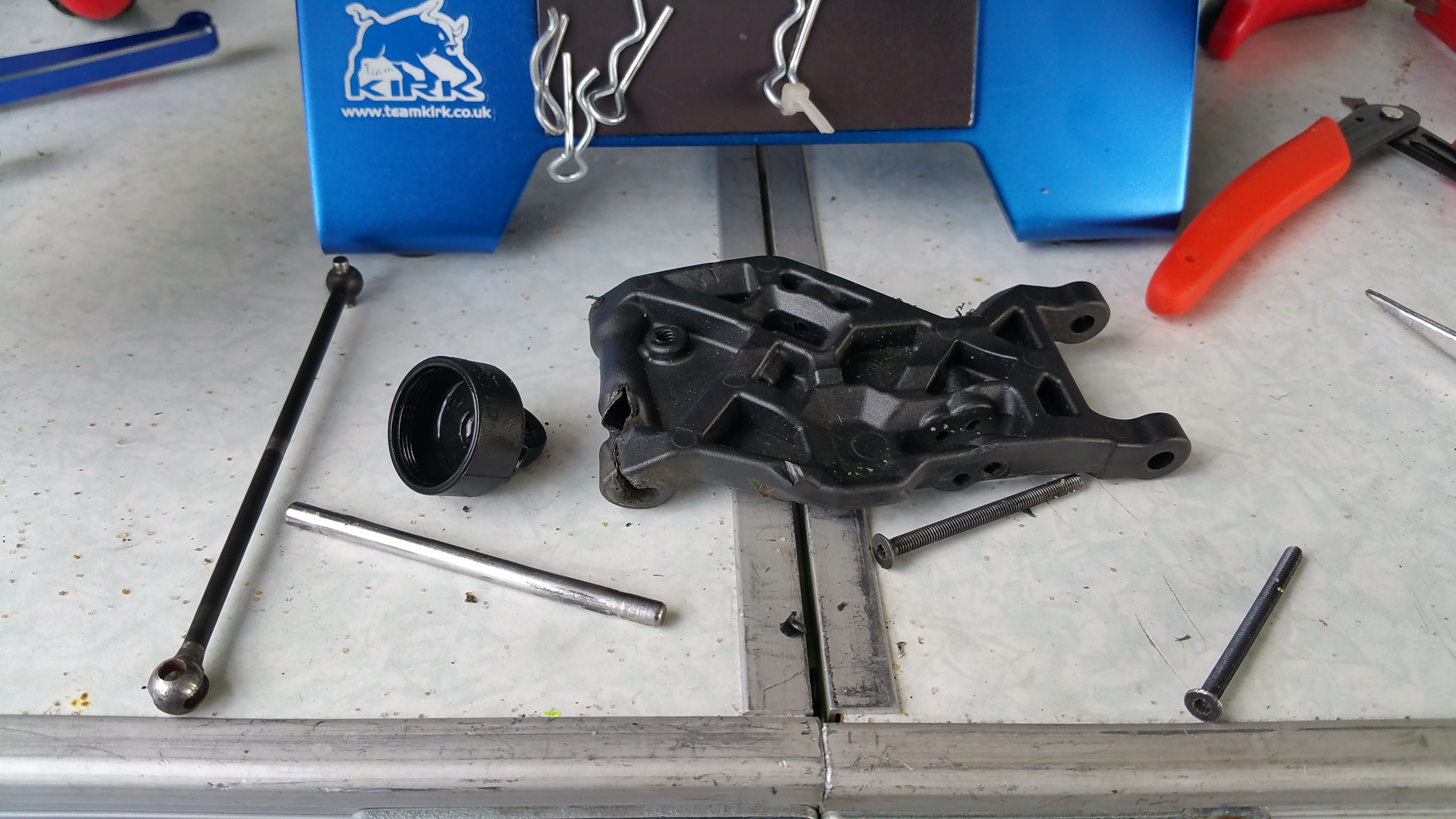 After all this bad luck I somehow still ended up in the A Final for 4wd……..I suppose it was over due to be honest as I had not had a single failure on the car components since I built it in March/April and its seen a fair amount of abuse since then. Anyway, due to all the wrenching that had went on I simply had no time to take any photos or video so all that I have is here below.

If anyone has any photos or videos from the event feel free to get in touch or share it on our facebook page.

The end result was Karlos kept us in the silverware once again, by just missing out on the A final and then dominating the B final for yet another trophy, the event for Pete and I was pretty forgettable performance wise. On the social side of things it was business as usual, good times and good company with our Resident fans “The Westleys” coming to support us again. We had a cracking night out on the Saturday followed by plenty of banter on the Sunday.

A big thanks to Terry and Jan for their support and thanks to my wife Clare for looking after us all.