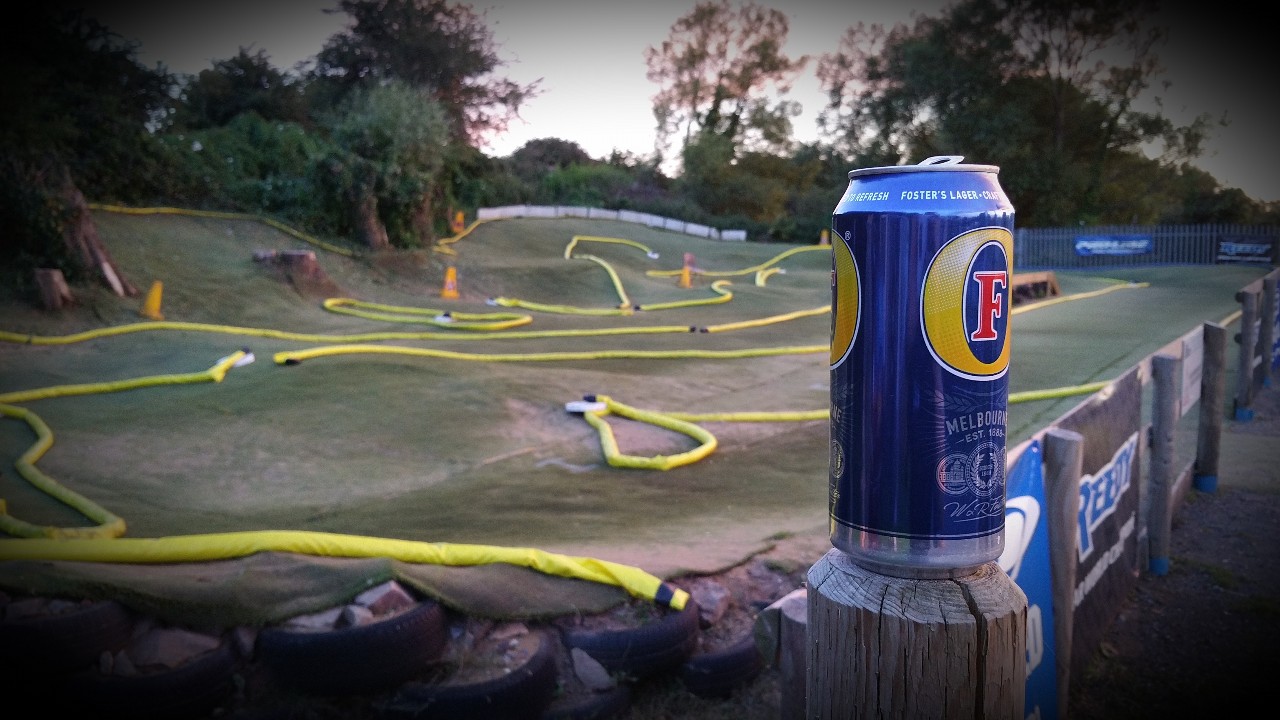 Cant be bothered with all the reading? – Skip to all the pics on facebook HERE

Weston Super Mare on the west coast is home to one of the oldest RC race tracks in the UK, Mendip RC Raceway is a purpose built venue and is home to both a massive on road track and the 1/10th Off Road track which we raced on. The club always does a stellar job of running the event and this year was no different. So a big thanks to Paul and whole team at Mendip for being hosts of another Short Course national round.

We drove down Friday night and camped all weekend, we got there at around 7:30pm after a monster 4hr drive due to the dodgy traffic around Bristol. Once the awning was up Karlos and I got straight onto the pre race stumpy beers to celebrate the start of other race weekend!

Practice day was easy going with fine weather all day; I got the truck setup to handle the bumps in the track and I also changed to a 15T Pinion gear to bring the top speed down and increase the punch between the many flowing corners of the layout. I opted to go with Schumacher Mini Pins all round in Blue compound with 3 outer rows and 1 inner row of pins smoothed on the front end and left the rears as they are.

Later on Saturday a number of us had a blast round the Touring Car track……….wicked fun, amazing how agile a short course truck can be on worn out dirt tyres on tarmac, I ran the buggy round there and that things is just mental fast, however that fun was ended early when I hit a kerb and flipped it and totally destroyed the front carbon shock tower (it was already split to be fair after Slough). I failed to get any decent video all weekend as I was just having way to much fun messing about 🙂

Qualifying was tough, I drove as well as I could with minimal mistakes losing a max of 8secs to small errors over the 5mins runs, the weird thing was I did the same thing each round and the difference to the leaders was always around 8secs, so the pace was there I just need to keep working on my consistency. My best finish was a 5th which would put me 7th in the A Final at the end of raceday. Hands down the most competitive top ten I have seen at any SC National round with less than a second separating the top 8 drivers. The flowing layout clearly lending itself to a lot of drivers keeping it steady and fast through qualifying.

Qualifying was as clean as I have seen driving standards wise, however the finals unfortunately were a different story. As I write this post I am the other side of a 2 week post race holiday (hence the late posting) and honestly cannot remember where I finished in each final apart from the 2nd one where I pulled in after 4 laps due to some shocking moves from others at the start causing me to end up flat last and a whole lap down on the first 2 cars? It was pointless burning life out of the tyres to try and make up the time I had lost so I retired the car.

All season I have always outperformed my qualifying position in finals, only this weekend luck was not on my side at all, a skirmish held me up in round 1, a massive shunt in front in leg 2 caused me to hit another car that crossed the pipe leaving me upside whilst the marshalls sorted everyone else out. The last leg was epic though, a race long battle which ultimately held a few of us up and allowed the leaders to get 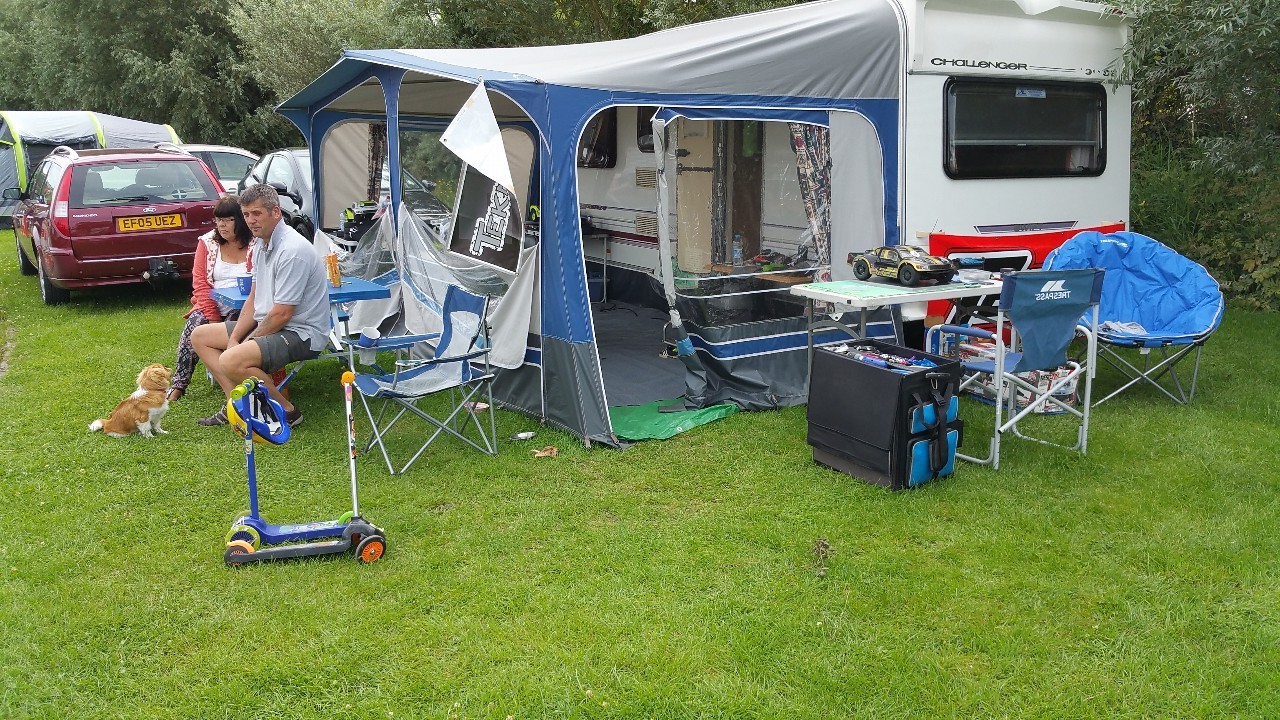 further ahead, but a great clean race it was, it just proves they can happen as long as everyone goes easy on the first lap. In the end I have no idea where I finished overall and the results are still not on the website so I am still none the wiser.

Pete and Karlos, both narrowly missed the A Final but both had a decent run in the B Final picking up a trophy each at end of raceday.

Overall on a social level it was yet another fantastic beer fueled weekend of RC fun and camping with family with friends, My parents made the trip from Wales to come and check out Weston and to cheer me along and Peter’s parents also came along for their first taste as an RC event Spectator, a bit like old times hey Pete (only at football tournaments) on a racing level, I have had better weekends.HUNDREDS OF PICS ON OUR FACEBOOK PAGE – CHECK IT OUT!