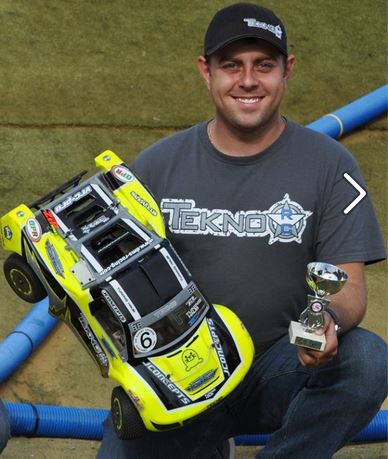 I was a late starter in the world of RC, I had a few “toys” as a young lad and that was about it. I got the first twinge after stumbling across some YouTube videos on a channel called RC ADVENTURES by a Canadian chap who goes by the name of DJ MEDIC. I was absolutely hooked on these “trail trucks” and “scale rigs” so I started trawling the web trying to find where I could get one. In December 2012 I found a used Axial SCX10 on eBay and went for it.

I soon realised how little I knew about all things RC, so the learning curve started back then. I started with the basics and only really changed the wheels/tyres and body shell, but that soon got less interesting so I started playing around with the electrical side of things after I blew up the original ESC after over gearing it with big wheels. I remember thinking “ouch that was an expensive mistake, I best learn this stuff so I don’t keep wasting money” My addiction soon started to spread to other people, and it was after my good friend Simon bought himself a Traxxas Slash 4×4 which he bought  round to show me what it can do that I very quickly went off the 55t motor speed of trail trucks and needed MORE SPEED!!!

I sold my SCX10 and got myself a Slash 4×4 Ultimate off eBay in March 2013 and was instantly hooked on the raw speed of it (3s lipo), this is also when the learning curve suddenly got even steeper, I didn’t even know what a LiPo was let alone the difference between 2s, 3s, 4s etc. Then came the lessons on “C” ratings and balance charging, voltage drop and current draw etc, not to mention brushless motors? I started off just bashing with it in local parks, outside the house and was fairly content at this stage, then Simon mentioned a friend of his used to race RC cars and knew of a club pretty close to us (Silverstone RCMCC).

We went to see what all the racing was about and again we were hooked so we started going once a week to the club nights as they were quite accommodating of the cumbersome and clumsy Short Course trucks at a predominantly Buggy driven club. More investment was then required to get equipped with a Personal Transponder (PT) for the timing system and a decent battery charger that could charge the packs between heats. We started off slow as you would expect but the rate of improvement started to come quite quickly and within a couple of months started to get closer to the regular front runners.

From this point I was hooked in deep into the RC racing world and started getting some upgrade parts, starting with a new motor and ESC combo for more power and speed, then came bigger more powerful batteries and better tyres. After gaining more performance from these changes I started to get even closer to the front, so I invested in an LCG kit for the slash to reduce the centre of gravity and boy what a difference it made, I suddenly went from being close to the front to battling for wins…..!

By around September/October I was a regular front runner with a truck that I was repeatedly told was just a fun basher and not a racing truck, I started to tinker around more with setup and tyres and ESC settings gaining even more performance, the only place I was really lacking was brute power, some others were running 6.5T motors and I was being left behind. I started by changing the stock steering servo to a high speed Savox 1257 unit which instantly gained results, but I was still being smashed on the straights. I ran with it as I was just enjoying the club racing, then one of the guys from the club suggested we join them on the UK Short Course Nationals in 2014.

As I was pretty competitive with the slash I thought I would go for it, but knew I would need more power, so started doing a lot of research on motors and speedos and looking at what the big guys in the states were running, it was at this point I started to learn about all the different KV/turns ratings on Brushless motors and learning about 2 and 4 pole magnets etc. In the end after all the searching I settled on a tried and tested Tekin RX8 Gen2 Speed Controller paired with the Tekin Pro4HD 4300kv 4 pole motor. It wasnt cheap but I was assured it was the best, I got this intalled into the LCG slash and its was simply mental and took a while before I could drive it properly. Needless to say once this setup was in and I was comfortable with it I was winning every week at our club.

In between all this I somehow convinced my best mate Pete and another friend who used to race Touring Cars, to get involved and come along for the journey with us. The nationals were a hole different ball game though.

I will end there as I will go into more detail of my journey in further posts under race reports.

2 thoughts on “THE BEGINNING”