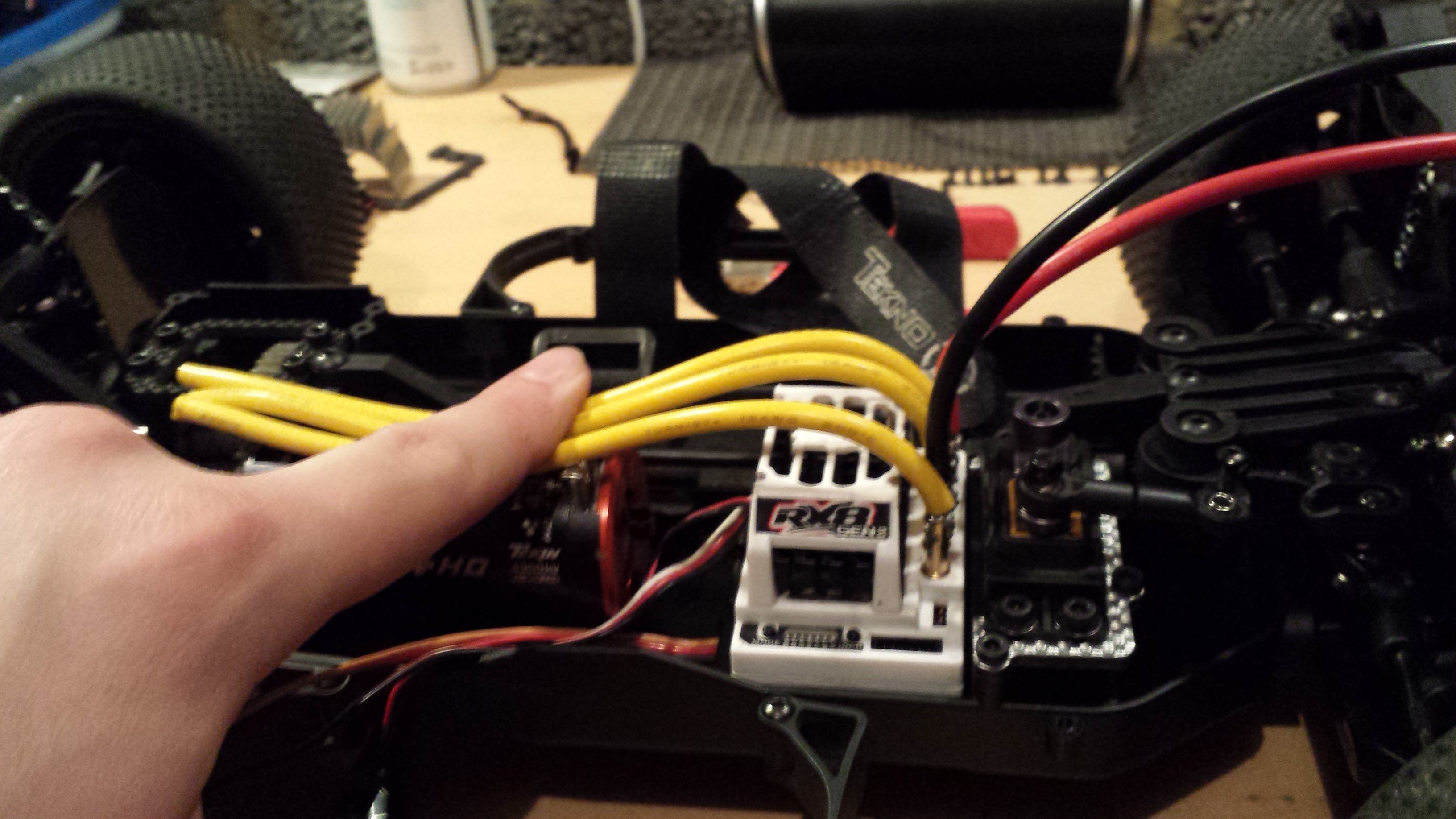 So the season is long over and I have been running the truck most weeks at Silverstone, I thought it was long overdue that I give the car a full strip down inspection and rebuild. At that point about a month ago the car had done 2 rounds of the UK nationals and about 12 or more club nights, so a mix of indoor and outdoor plus a few bash sessions with some guys locally.

I set about dismantling the whole car just so that I can visually check each component for any wear and tear or unnoticed damage, what I found was nothing short of amazing……………. there was just 1 part that’s right “just 1 part” that showed any signs of wear from use (other than roost marks on the rear bottom arms and marks on the chassis plate)

The part in question was the short dog bone which connects the centre diff to the rear diff out drive, the pins which contact the out drives to transfer 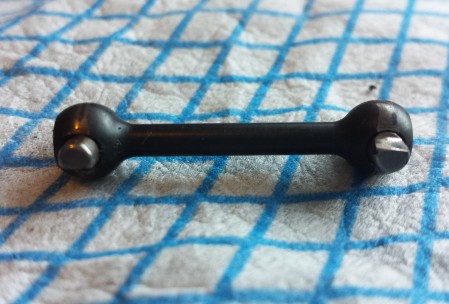 the drive had worn flat on the side that touches in the forward direction. This is pretty impressive in itself and demonstrates the enormous power that the Tekin Pro4HD is producing as this part is hardened steel, but also shows stupidy at play as for nearly all the time I ran the car the ESC was set to 85% power; just recently I dropped it to 60% and found another second at the Silverstone track. Proof that there is a thing such as “too much power” in SCT Racing. I fitted the spare from the pit box and all is good with a new part costing just £6.50 from DMS Racing its been a pretty cost effective spell of racing 🙂

After checking all the moving parts on the car to find nothing else to change I simply started cleaning all the parts before I put it back to together again to give it a little freshen up.

I re filled all the differentials with fresh Hiro Seiko Diff oil from DMS Racing, this was another impressive thing about the quality of the Tekno products, the diff oil I threw away was clean as a whistle and they felt pretty much the same as they did the day I installed them when turned by hand. No sight of any dirt/grit getting in the diffs which is awesome.

It was a similar story with the shocks and shock oil, I opened up the shocks to rebuild them and the old oil which had been in there a good while was still crystal clear, the shock action was perfect before I opened them up showing virtually no signs of difference from when I first changed the oil weight at ARC Raceway back in August last year?

Now the purists racers will be shouting at me for leaving them so long with the same oil in them, but I wanted to do this as a bit of a test as the plan always was to familiarize myself with the truck for the last couple of rounds and then hit the ground running for the 2015 season. Seeing the condition of the oil is testament to the build quality of the shocks, zero dirt ingress and silky smooth shocks after that much use is super impressive!!!

I refilled the shocks with Hiro Seiko 35wt and 45wt oil and reassembled them, after cleaning all the parts it was time to just put it all back together.

A few pics below of the truck before during and after the rebuild, in a week or two I will be doing to same again but this time to install a number of little improvements, you may see below that I have already made a couple of little tweaks.

A few weeks after I did this rebuild I decided it was time to tidy up the wiring as I had done on the drift car, again all the electrics were just thrown in from the old car and ran as it was whilst I was learning the car. You will see below I went with the same yellow them for the wiring. I wanted to keep the wires as short as possible and have now done away with all the unnecessary connectors etc to shave a little weight off ahead of the new season.