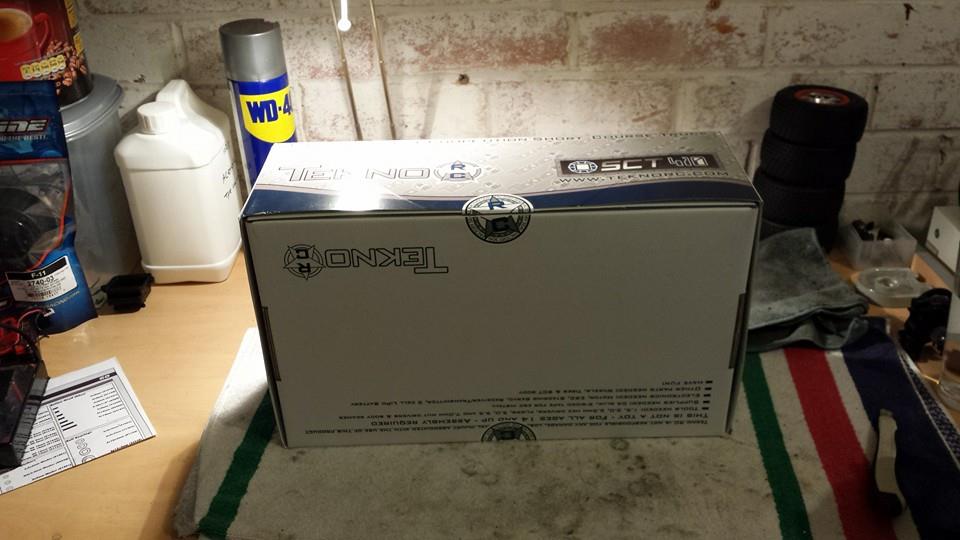 So its time to go through the build of the awesome SCT410! This is just a brief build guide as they already exist on the web and are written in more detail than I currently have time to go into:) so I will keep it short but support with images and let those do the talking. 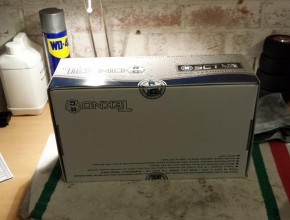 First impressions are very good, very nice branding on the inner white box and everything is already pre-bagged to get you building right away. The instructions are very easy to read and follow yet still comprehensive. First up is the monster centre differential, its huge compared to my old truck. Everything about this truck kit just shouts quality and strength, the diff is simple to assemble and runs a surprisingly light/thin diff oil compared to the slash where I was having to run 100k weight oil in it, this only runs 7K out of the box!!

The screws are very hard to get started and take some effort to get set them all the way down, just another sign of good quality materials.

Next up was the front end, another stand out feature here was the monster wishbones, they are just solid and make the old slash ones a little on the small side 🙂 The front diff assembly was pretty straight forward as was the centre diff, 4 spider gears with a larger planet gear in either end with out drives for the driveshafts, which are also pretty hardcore.

Rear end was next in line, pretty much the same deal as the front end, diff followed by diff housing then shock towers, followed by anti-roll bars then wishbones. It starting to come together now. The next stage is to attached the nearly finished front and rear ends onto the 4mm aluminium chassis, along with the centre drive line.

Once both ends are attached to the chassis with the centre drive line down the middle its really starting to look like a mega truck!

I have seen the term “BIG BORE” get thrown around a lot in Short Course RC but these bad boys really are genuinely BIG Bore, at a massive 16mm they absolutely dwarf the current crop of 12mm Big Bore Shocks, (I took a shot of them next to standard Slash BIG BORES for comparison. Being bigger means they take more oil, so bear that in mind and make sure you stock up for the pit bag. Out of the box runs 35w Rear and 45w Front. I opted to go for the Emulsion Shock style and built as per the instructions. The reason I went Emulsion was I like the way pro line pro spec shocks soaked up the bumps and minimised the bounciness I had experienced with bladder shocks previously.

With the shocks mounted on the truck as per the manual it was time to start installing the electrics. With the car nearly finished you can see just how much thought and development has gone into this chassis. It was designed around a Tekin 550 power system using the RX8 ESC and PRO4 motors and taking the weight of each of these items into account when laying out what goes where. The Servo/Motor/ESC are inline down the right side of the chassis from the front, and as if by coincidence are the same length in a line as a standard size 2s LiPo pack, even more conveniently the weight of the Servo/Motor/ESC is as near as makes no difference the same as a normal 2s LiPo at ~300g thus keeping the bulk of the weight pretty much equal left to right and not far off front to back either.

The nerf bars are also not symmetrical and are handed due to the shape of the chassis in order to optimise the performance.

In goes the Tekin RX8 Speedo and Tekin Pro4HD 4300kv Motor and Spektrum Receiver and Savox 1258 Servo. Put some wheels on it and we are ready to test!! PICS BELOW: