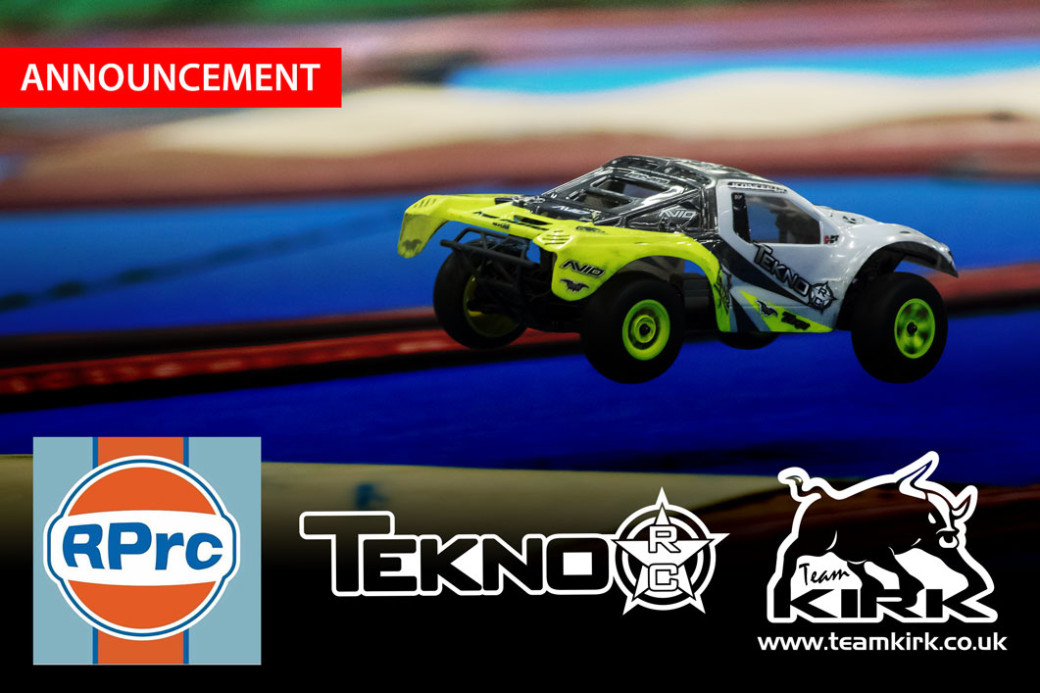 Its now official Team Kirk have done a deal to join forces with Race Pace RC www.rprcdistribution.com for the remainder of 2015 and 2016 season ! Race Pace RC have just started a dedicated mini site for the TEKNO RC brand in the UK after becoming a Dealer very recently. They will support Team Kirk in all things TEKNO RC related for 2016, as a team which started out with running the first SCT410 in the nationals and also being exclusively a Tekno chassis team we were keen to get on board as soon as we heard the news break last week that they would be stocking all TEKNO parts.

After speaking to Matt @ RPRC it became quickly apparent that both RPRC and Team Kirk had great synergy in our visions of what we want to achieve from this hobby, so we are over the moon they have welcomed the whole team onto their shop team to assist with the promotion of the Tekno products within the short course arena.

With Tekno recently securing the services of a certain Ilias Arkadouris they have already appointed 2 new European dealers to expand the support for Tekno owners, this in addition to the recently mentioned inlcusion of Europe in its parts general warranty there has never been a better time to become an owner of a Tekno RC product and in particular the SCT410.3 short course truck……..Obviously 🙂

Its an exciting time ahead for both teams and we look forward to working with those lovely chaps from RPRC Dan and Matt.

Shop drives in Club level RC racing is certainly nothing new, however to take a team on board seems to be a new concept; Team Captain JK has been eyeing a deal for all the drivers as one collective group since leaving the xfactory team earlier this season, initially we had done a deal with ARC Modelsport another new venture based out of ARC Raceway in Essex run by the 2 Marks (Mark Rumble and Mark Everitt) but it wasn’t to be as they have both called it a day in Short Course to pursue 8th scale electric and Nitro. The 2 Marks had also switched brands from Tekno and thus would not be holding much stock to support to the team so It made sense for us to pursue other options.

So with Team Kirk showing that the old way isn’t the only way you better stay tuned as we will be releasing images of the “ALL NEW” Team Kirk race truck liveries for the coming season! We had some issues in some finals with all of us having the same paint scheme so we have eradicated this issue with the new scheme coming soon.

Thanks again to Matt and Dan @ RPRC for welcoming us aboard the good ship that is TEKNO RC !

Go check them out people.