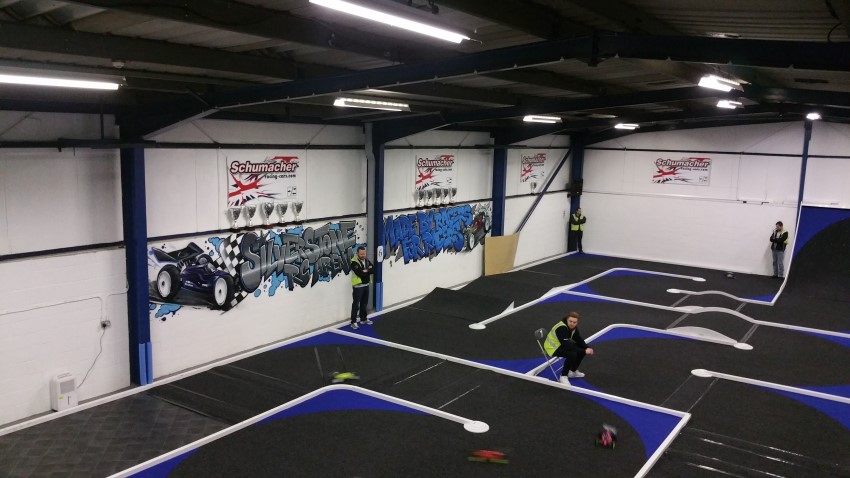 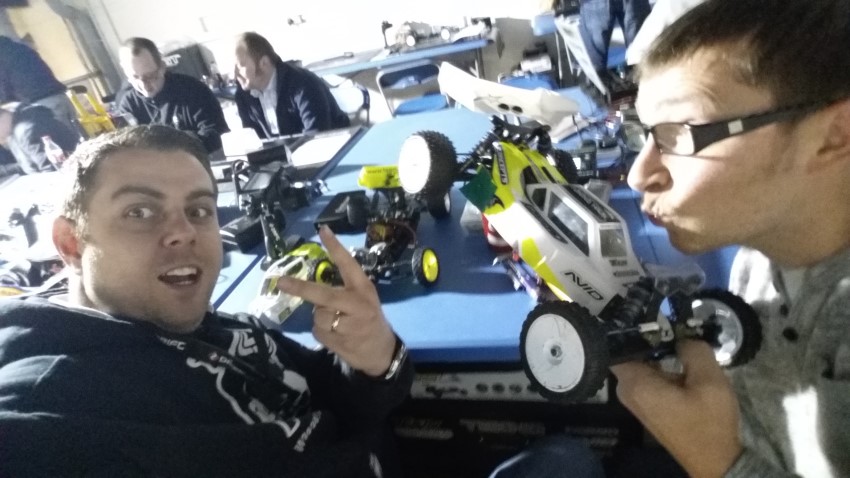 This week we saw the very first public club night at the new Silverstone RC Arena in Northampton. Silverstone RCMCC have been going for a number of years under the watchful eye of Chairman Matt Owen and have been running at Moulton College for a while which was a great venue but it had its limitations mainly due to the fact the track had to be made up and packed down each week and so a permanent venue has been in the pipeline for some time. If any of you know Matt you will understand why it wasnt open sooner, it simply had to be ready; so was it.......................................? You bet it was, it was an absolute stonker of a first night.

The venue is an absolute marvel, every detail taken care of, the club and its members have invested a huge amount of their time into the project and many gave up days of paid work just to be there getting things ready. The standard they have turned out in such a short space of time is just immense. So a huge congratulations to all involved in getting the gaff right and ready for us racers to come and play!

The track is laid out using the EOS spec carpet in black with corners in the now famous Silverstone Blue, the track barriers are drain pipe with some clever solutions to the challenges you face with straight pipes in order to make some clever curves, and the corner cones are genius! I can only describe them as a low tower of wooden circles on top of each other then cut to fit snug around square pipe on the apex of the corners.

The track features are expertly placed and very well thought out, considering the space available they have really packed in a busy lap! Starting off with the awesome wall of death at the start of the main straight with a wicked 90° right step up step down section going into a 90 right laid with vinyl slippy floor, followed by ripples on a corner? The next sector is just as challenging with a section of ripples leading up to a tight chicane which goes left right then 180 left after it before going 90 right again onto the back section, to more back to back hairpins finishes off the lap 🙂 Its just Mega, really challenging to be fast and consistent, even though the lap is short (A final 2wd dipping into the 15s) it really doesnt feel like it at all as the features really keep you on your toes.

Pitting is a joy, there are 3 main areas for pitting, one on track level and 2 more upstairs. Each pitting area is fitted out with pit tables, chairs and mains electric sockets for charging etc, they also feature TV Screens displaying all the race information so even if you can't actually see the track you can see who is on track now, who's up next and which heat number is running so there are no excuses for missing your race. 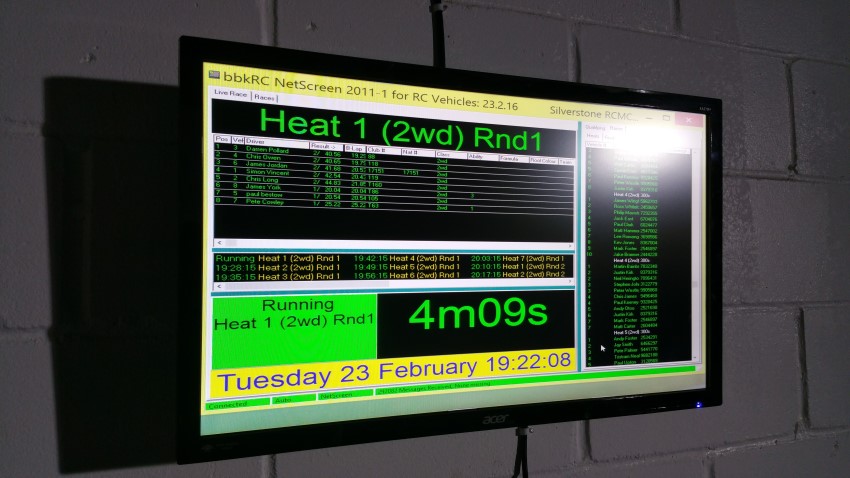 With such a tight layout I thought fitting the marshals in would be an issue, but as is normal the experience within this club made sure it wasn't a problem, and low and behold it wasn't 🙂

I took the Schumacher KF2 out for a run as its been sat for months, so I installed the Tekin 7.5t motor back in it for this venue. Practice was best described as a bit dodgy, it all felt like everything was happening too fast and took me a good 10 mins before I was even remotely comfortable. So first round of quali came and went, the car felt OK but lacked steering over the ripples, a quick chat with Lee Henson for some tips on buggy setup (an alien concept to us truckers) I added some more bumpsteer upfront and raised the front ride a little. Well it did the trick as I found an extra 2 laps over the 5 mins and took the heat win and at that point was sitting 14th overall (4th B Final) and that was with a wall collision which stole half my wing..............

Round 3 came and after another Lee inspired setup change (thank you) I had dialed out some of the grip roll to good effect and went 2 seconds faster than my round 2 effort; this time though everyone else had also improved so I dropped to 2nd in the C final overall. The final was pretty forgettable though, I got off to a decent start but just a single lap in I make a couple of daft mistakes and lost a few places and a fair chunk of time. After about 5 laps I launched off the back jump a little hard and the car got crossed up in the air, and landed chassis side down on the drain pipe wheels totally off the track, at this point it did its best impression of "cool runnings" and slid perfectly to the end of the pipe which ended with a rather almighty bang and collided with a  solid steel girder holding the building up. AND THAT WAS THAT ! HA HA.

Fantastic fun while it lasted, went out with a bang (literally) and she came home looking like a Uni Student after a serious bender, all mashed up and wearing someone elses spoiler!!!! (I will return it I promise) Great club, great venue and super friendly members, cant ask for any more than that can you ? 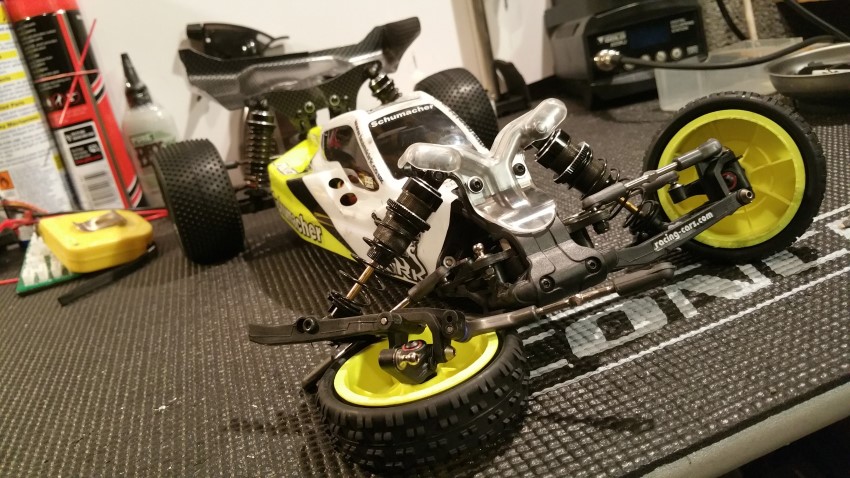 FRIDAY NIGHT IS "RYWB" night for Short Course/Micro/Vintage/Buggy whatever...................(thats Run What Ya Brung (just in case)) SO GET YOURSELF A TICKET AT THE LINK AND COME JOIN US FOR SOME RC SHENANIGANS

Silverstone RCMCC - link to get your race tickets below: