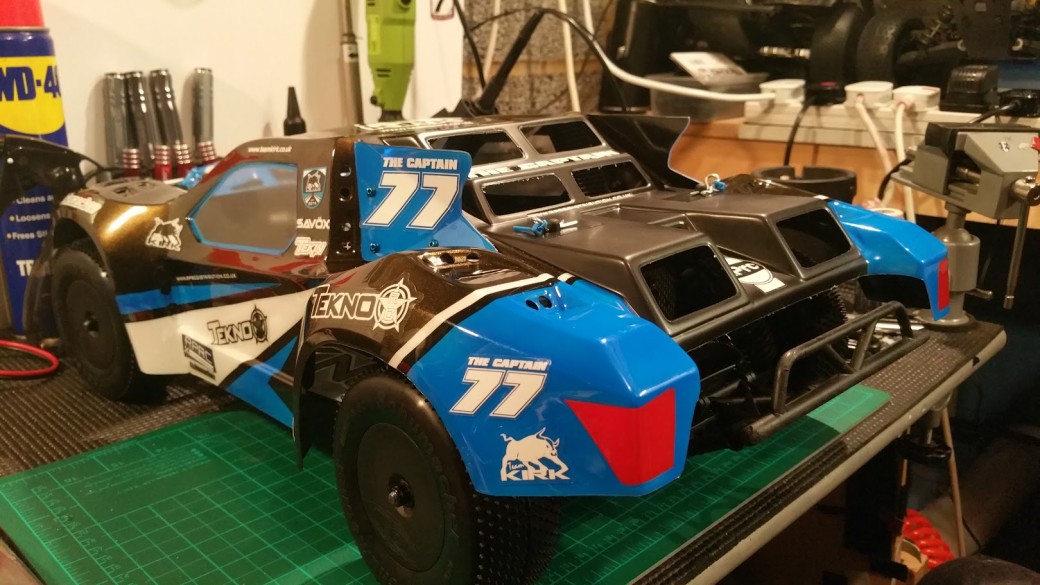 So you want to know how to make your Short Course RC Bodyshell last an entire season and some………? Then Read on.

Short Course RC Racing is well known to be a bit more aggressive than other forms of RC racing, and this is true, however whats not so true is the belief that you can rub your opponents left right and centre and just keep going……………OH NO. In my experience you can get away with a lot more wheel to wheel and rubbing action with a 10th scale Buggy, for some reason with Short Course trucks unless you catch the other drivers truck exaclty side on as you go by you will 9 times out of 10 end up either flipping over for infinity or find yourself well and truly attached to each other, and theres always one who thinks they can unstick themselves by holding the throttle flat out!!!!!

Add these occasions to the naturally high centre of gravity and high grip racing surfaces and you end up with a recipe for destroying shells in quick fashion ! Below I will show how I reinforce my race shells to make them last a whole season of flips, rolls, smashes, crashes and joining of unholy destruction 🙂

My first season I killed 3 shells, in my second season I killed a further 2 before a racing buddy said “aint you shoe goo’d it”…….? To which I replied WTF is shoe goo?? He explained what it was and how it worked, we got some in immedialty and prepped up a new shell, and that one is still going strong after a whole season of the UKSCN and A1 Winter series along with some bash sessions and club racing indoor, infact its still in good shape to the point where Lewis will be running it on his Tekno 2wd this season, it really is that good!!!!

HOW YOU DO IT

You can increase the strength or rigidity of an area by waiting for it to dry and then going over it again and putting the second layer of tape slightly offset (essentially splitting the squares in half) and then go over with another layer of Shoe Goo, I did this on the rear middle section as there are just two thin strips of shell under the large openings 🙂

If you go over the body post holes, cut them out first before doing the shoe goo ?? I learned the hard way

On this shell I only did the critical areas that I have seen split on previous shells, some people go nuts and cover the whole inside of the shell with the stuff, its a preference thing, you cant really get it wrong as any amount you do will add strength to those areas regardless. Tape on its own is a waste of time, however a layer of shoe goo can be useful in those areas which are hard to reach with the tape or if you want to protect paint in certain areas like the wheels arches etc. This particular Shell is a Pro-Line Flo Tek Fusion and has been very well thought out with extra bends and creases in critical areas to increase strength anyway so I didnt fell I needed to go as mad with the reinforcement this time, only time will tell if that was the right thing to do???