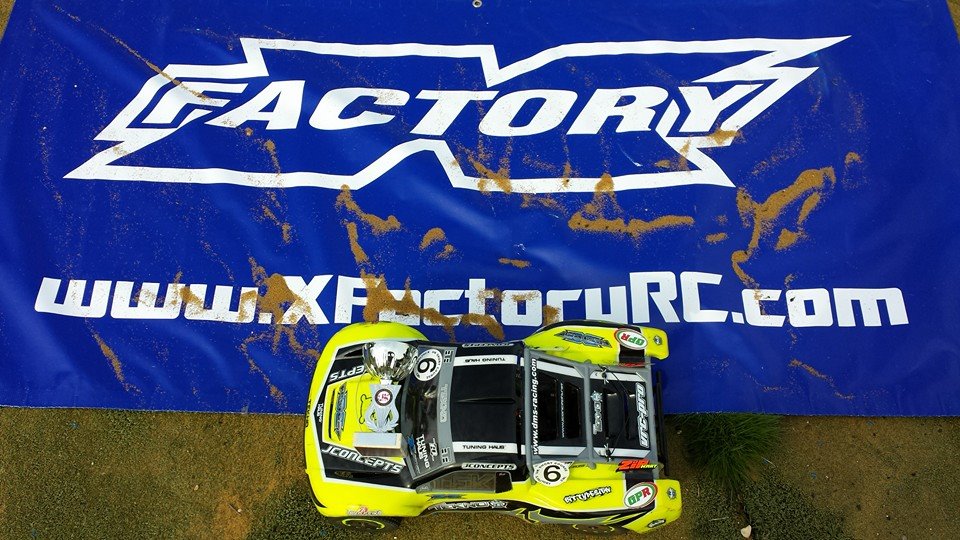 After missing RD4 due to a holiday I booked before I entered the nationals, I was rusty to say the least and this time was the first time out with the new TEKNO RC SCT410. Saturday was spent testing suspension setup and selecting the right tyres.

I settled on 40w oil up front with 30w oil on the rear running stock pistons. For tyres I went with new proline pinpoints rear and Fasttrax Kourse Kings on the front. Other than those 2 changes the setup was as per the manual. The truck felt fast but was still a bit too grippy up front which meant I had to drive real smooth with minimal steering inputs to prevent grip roll. (I later learned that the Team Kirk camp were the only ones who had NOT trimmed pins from the front tyres – another lesson learned)

Race day started OK coming 6th and a lap down from the leader Danny Conway in the first round of qualifying, being a sponsored driver and now racing for TEKNO RC/XFACTORY UK I was put into the fast group and I noticed the difference in pace from running the slash in the B final group the last time out at Mendip. Round 2 I came 5th just behind Tony Gomez and narrowly missing out on finishing on the lead lap. My target for this event was to finish on the lead lap and aim for a top 5 A final finish, so at this point a little off the mark.

Round 3 was better, I got involved in a couple of unplanned squabbles with Craig Summers and finished just behind him in 5th place again, but this time on the lead lap so the pace was improving with better consistency. I also set the fastest lap of the race with a 31.93 with Luke Eyre 2nd fastest with a 32.19.

Round 4 the consistency started to come and had a fairly trouble free run finishing in 4th place with Mark Everitt, Danny Conway and Craig Summers ahead of me. Confidence was building as I got used to the very technical yet fast track which is set into a bowl and is full of really challenging cambers and direction changes.

The first leg of the finals was tough, nerves started to kick in; I had a great launch at the start taking 2 positions before turn 1 then I got into trouble with cars in front and ended up on my roof, leaving me dead last at the start of the first lap, I drove hard and fought back to 4th place.

Leg 2 was much the same, another good start but I got tangled up in the first few turns leaving me (again) dead last on the first lap. I made more mistakes than I did the first leg, so i finished 8th.

Leg 3 – What a day, it all came good in the last leg of the final, I had a good start and avoided any trouble in the first lap and was able to settle in and push on, coming home 2nd place and setting the fastest lap of the race. Matt Wolter Darren Boyle the truck has been awesome today I’ve not had to touch it all day, just add the vampire 7200 lipo and away we go. Super happy to get a podium finish amongst some very fast drivers.

Well done to the ARC RACEWAY crew, a very well run event and what a mental track……….! epic.

Video from the last A-Final. 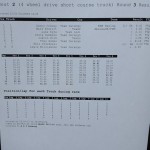 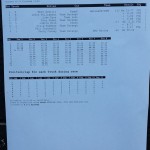 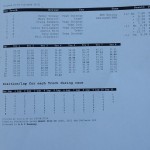 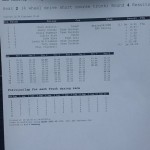 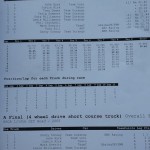 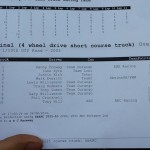