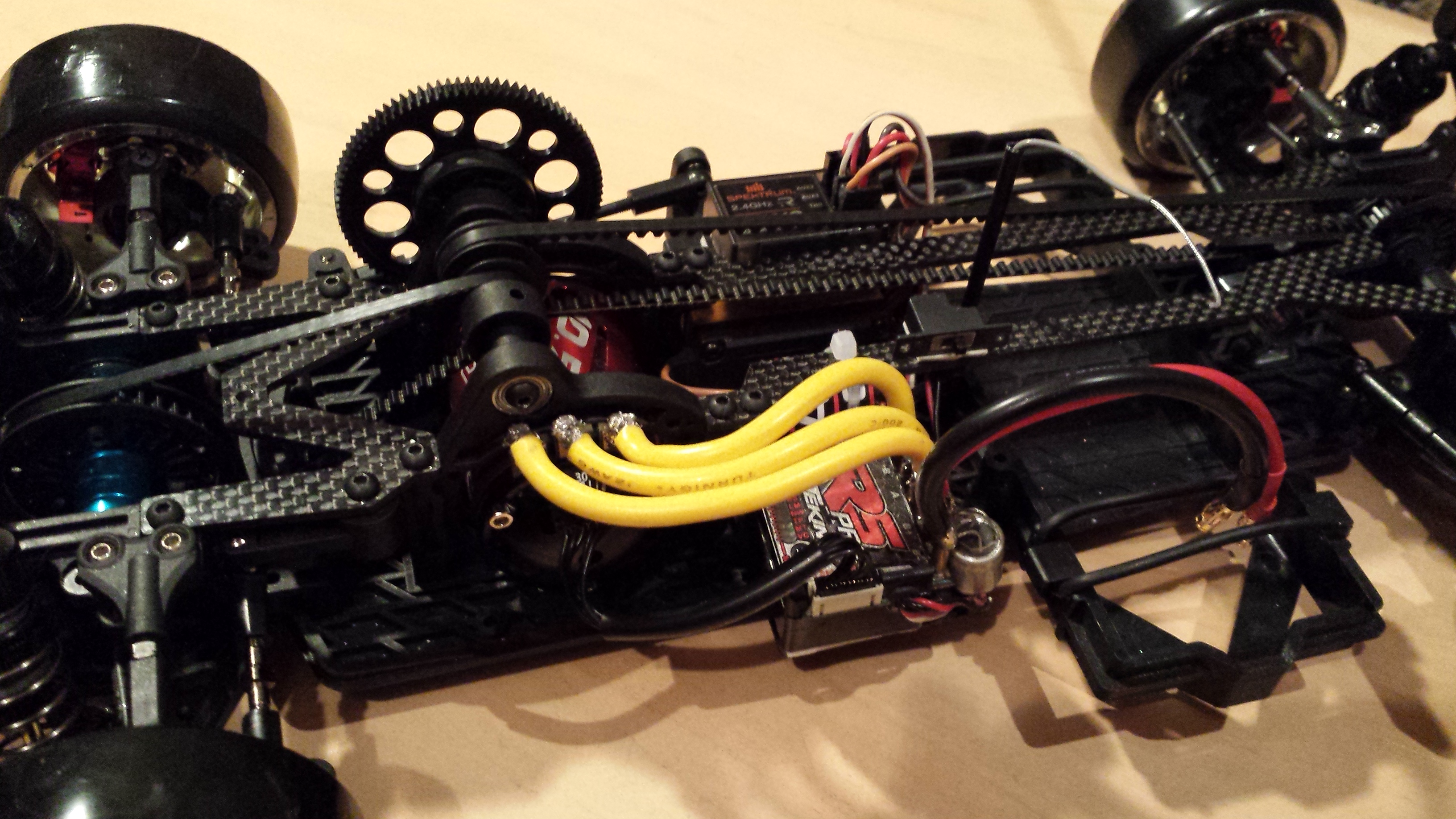 Another update for the drift car as winter is running out and the spring will soon be upon us which means I will switch back to racing the Tekno SCT-410.

Pete and I had been admiring all the awesome cars on show at Soul RC in Northampton on our regular Wednesday night visits and you cant help but notice the very distinctive sound of some of the more exotic cars there, this awesome whining sound at full throttle. This is thanks to the mental Keyence motors they are running, this type of motor has an internal fan on the rotor which when spun at high speed releases this really cool sound which is something that is invariably “missing” from an electric RC model car.

I started to do some research and found the this the Trackstar D-Spec 10.5t motor; this dirt cheap drift specific motor has the internal fan to get that “drift sound” and for less than £20 we had to get them to see if they really were any good??? 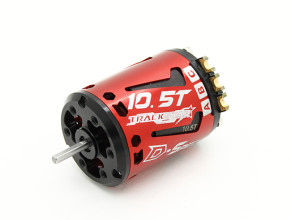 A few days of waiting and the package arrived, having to put a new motor in meant unsoldering the old one from the ESC so at this point I decided I would re wire the ESC and motor at the same time as the existing wiring was a mess as I literally just took it out of my old Schumacher buggy and put it in the MST as it was.

I chose to go single colour wires for a change from the usual stock multicolour rubbish purely to liven it up a little as so far all my upgrades have been mainly black to keep the chassis looking low key, If this wasnt just to fill up the winter I would have probably gone for all the anodised upgrades.

SO DID IT DO THE TRICK? Well sort of, it certainly sounds awesome thats for sure, but as you can expect from a £20 quid motor its not all that, relatively low power and the worst solder tabs I have ever seen, they are an absolute nightmare to solder to, so if you get one be prepared to swear quite a bit before you get to hear it running. (see video below) Honestly though for the money its certainly decent enough, power is reasonable and whilst connected to the Tekin RS Pro ESC that I use it seems plenty smooth enough in sensored mode using the supplied sensor cable.

I had to adjust the gearing quite a bit after putting this motor in the car as before I was running an 8.5t so needed a bigger Spur gear and Smaller Pinion to sort the final drive ratio out. I also had to do quite a bit experimentation with ESC setup to get the best from it, a good few hours spent struggling with lack of low end grunt I finally plugged it into the PC and noticed the throttle curve was on a very mild setting (which I set in the buggy when it had the 6t motor in). After changing the throttle curve to standard linear spec it felt like a new car, loads of low down punch on tap when I needed it. I was then able to adjust the boost and turbo settings to get control right through the rev range.

OK enough garbage onto the pics!!