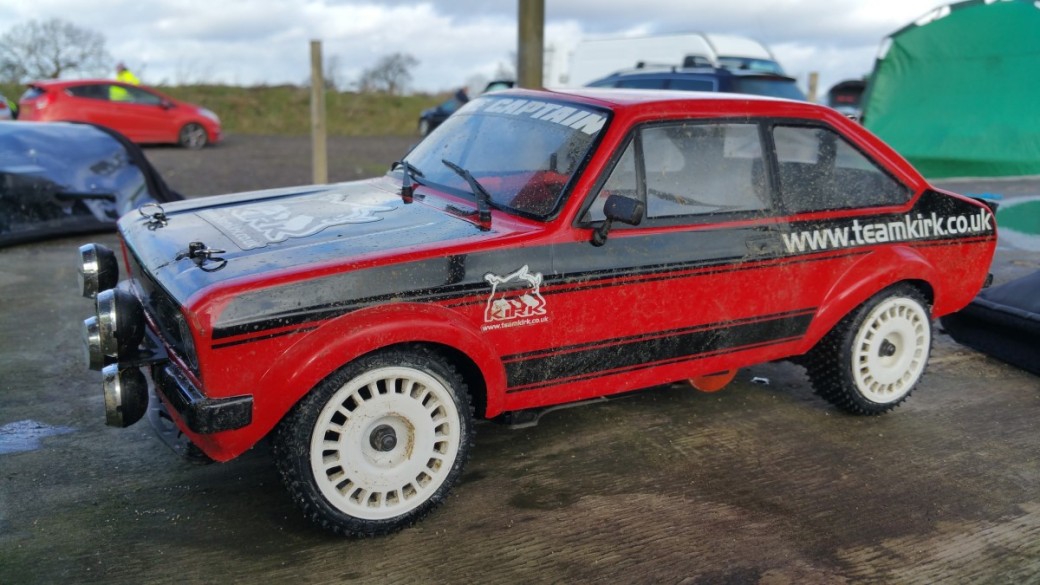 After seeing some 1/10 scale rally cars racing round A1 Racing Club on the ICEMAN Series, I decided to give it a go. I started by converting my old Tamiya TT01 by extending the shock travel and putting some rally block tyres on it. It started off well until I crashed it and smashed a shock in two?

It was enough to get the bug anyway, so I scoured the interweb for hours trying to find a solution and I kept going back to the Basher RZ4 rally racer, basically a touring car with longer 65mm shocks, but i wasnt sure if it would be any good. I searched for reviews but no one was actually racing them so none of the reviews were really any good. I waited for the Cyber Monday daily deals and watched them and watched them, then I saw it come up at a bargain price of just £70 so I pulled the trigger.

I got the car just before Christmas and the beauty was I never had to build it, she came with motor/esc and servo already fitted so I only have to put in a lipo and a receiver and away I went. I wasnt a fan of the bodyshell so I set about removing the stickers and giving it a coat or 2 of white then added some custom stickers to make it mine. Ultimately a complete waste of time as come race day it lasted just 7 mins before a pipe excursion smashed a whole in the side?? At the 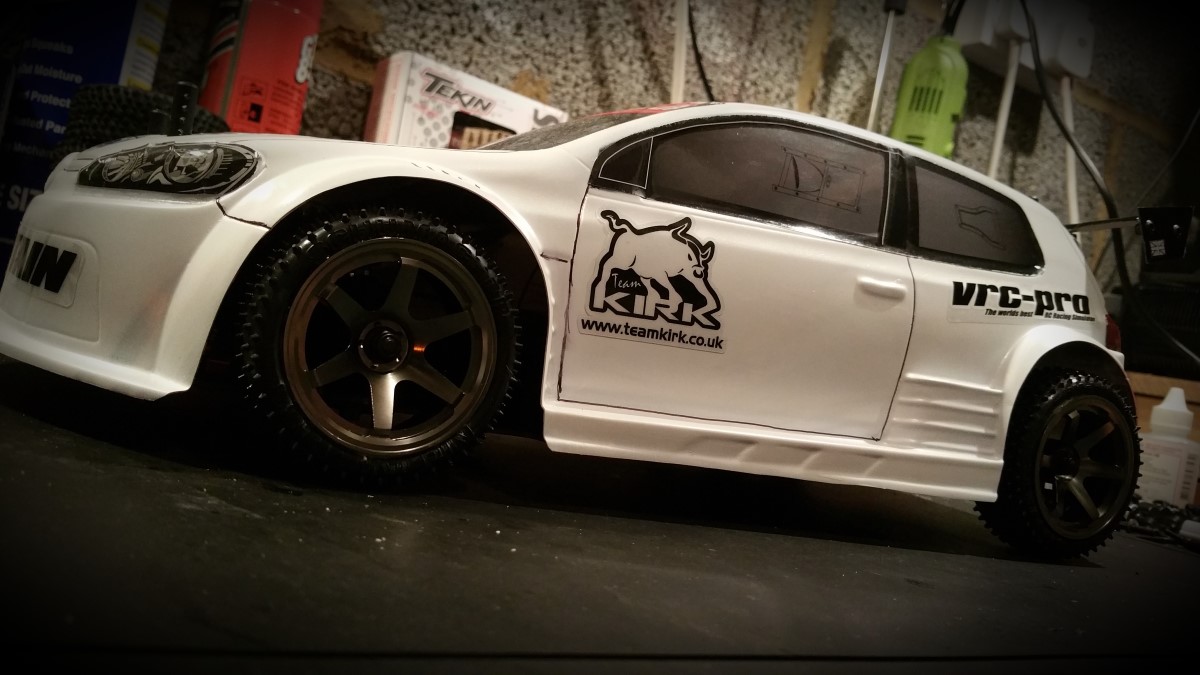 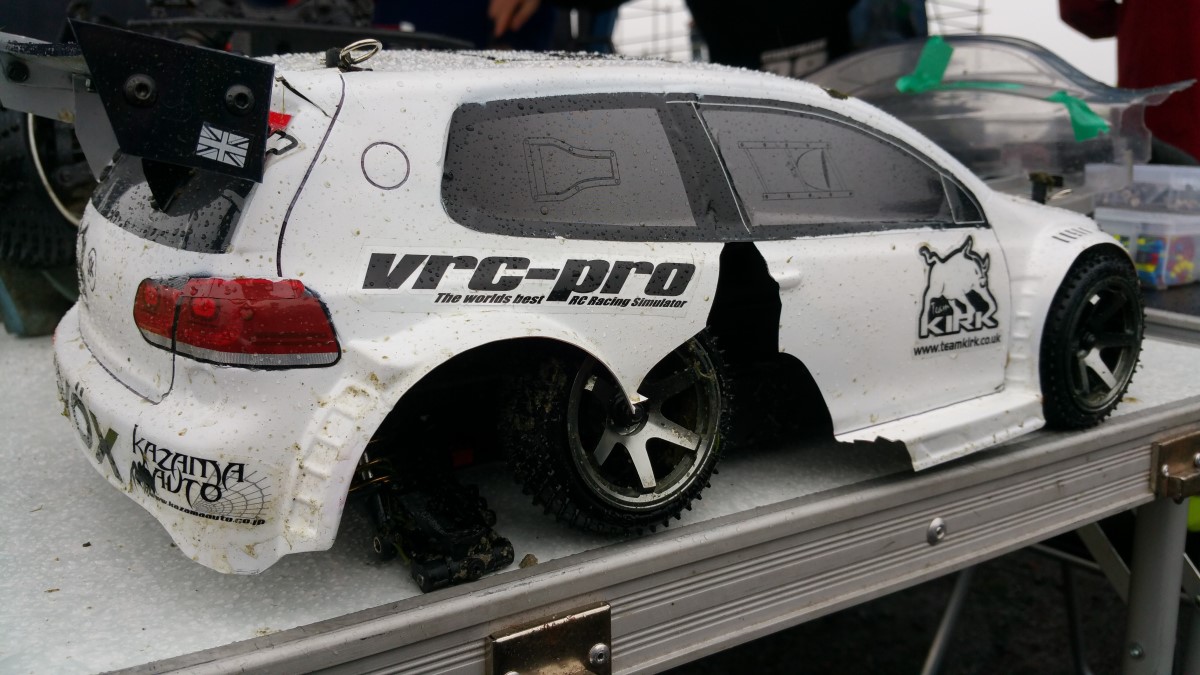 same time it destroyed the rear hub. It was a mega shunt to be fair and not an uncommon thing at

A1, it seems to be the only place that I ever break anything weirdly.

So once home I hit the web again looking for a new shell and some spares, the spares came easy direct from Hobbyking.com , the body shell not so much, mainly as I wasnt sure what I wanted to get. I looked at Impreza's, Evo's, Lancia Delta's and the usual stuff, but it didnt excite me. Then I found the Rally Legends series of shells, in particular the MK2 Escort!!! Well that was that, decision made in a second, order placed then a few nights of deciding how to paint it.

I had so many ideas that I could not choose just one, so I put a post out on the Iconic RC Facebook page for some inspiration, and sure enough within seconds a raft of ideas came at me. I was still stuck though, do I go full "RALLY SLAG" (readers of Fast Car Magazine in the late 90s will get that) spec or go more subtle resto mod street style...............

In a lot of ways it seemed wrong to do a rally car shell in a street style when I was going to be racing it, so I had to go full rally car looks. I opted for the late Colin McRae's simple yet effective Black Stripes over Red base, and I am glad that I did as it looks properly cool! Wheels were a pain in the ass and I have ended up with 3 different sets?

So its all looking the business and back in one piece ready for some abuse at the next round of the A1 ICEMAN Series on the 7th February, lets hope this time I can complete a whole round without smashing it to bits???? 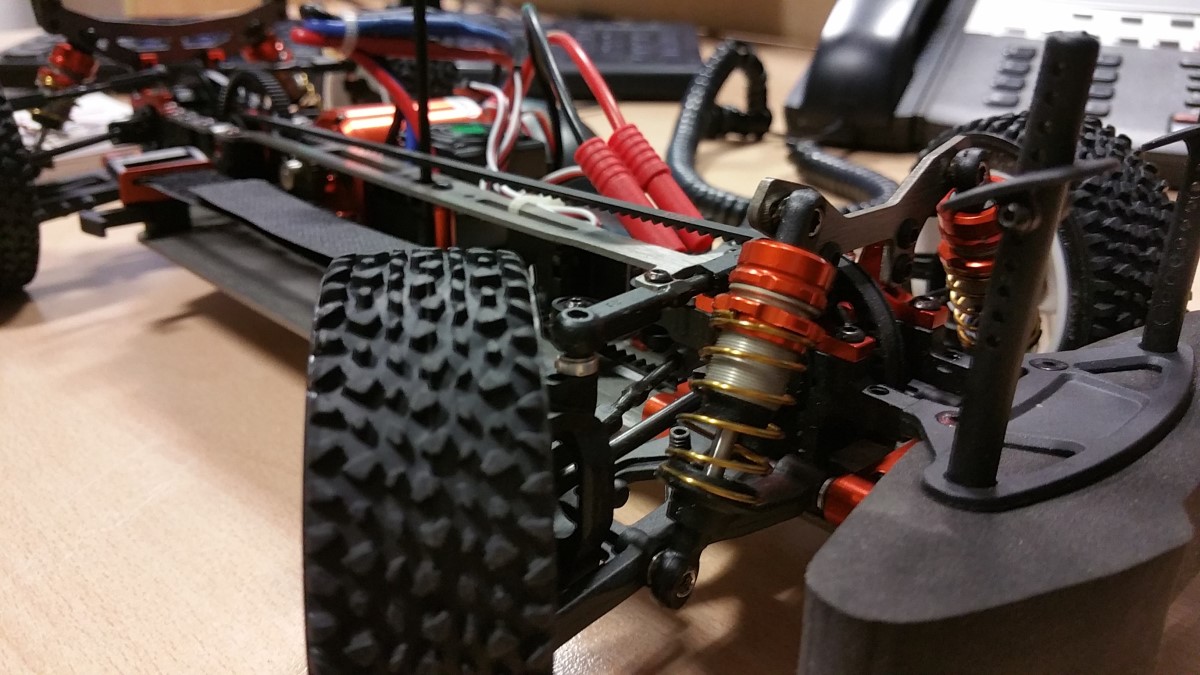 Essentially a jacked up Touring Car, it goes well on track with a diff in the rear, fixed centre drive and a locked spool diff up front, she goes turns and stops well enough, the box setup is decent enough, shocks need thinner oil or softer springs really. Best handling HIGHLIGHT is jump performance, she was taking jumps like a short course truck man. Getting real good height, naturally level and easy to control mid air, when its jumping it just looks mega, the amount of droop on the shocks give it a real scale rally car look!

Keep it stock for the next round with just changing the pinion upto to a 30t in order to get a little more top speed for the long A1 Straight. Then evaluate the performance of the electrics before deciding on what to do next, I have 2 lots of TEKIN esc's and various motors from the Buggy and Drift car that I could use, only they are not waterproof so would need waterproofing first.

UPDATE - since I darfted this post we went and done the ICEMAN round and the rally car was immense, fast stable and jumping like an allstar supercross bike, however it ended early again after one to many crashes into the yellow pipe, I smashed the lower bumper which the body posts connect to and so the post just fell off causing a comical wardrobe malfunciton where everytime I nailed the throttle it would flip the lid up vertical in the wind HA HA. My fault yet again. TOP TIP get a body shell that allows you to KEEP the foam bumper fitted................. Because the escort is so short at the front with zero overhang I had to remove the foam and the top bumper brace causing a weak area. My driving is just too rough to not have a bumper. Spares on their way to replace and I will sacrifice the foam this time and cut it down to size.